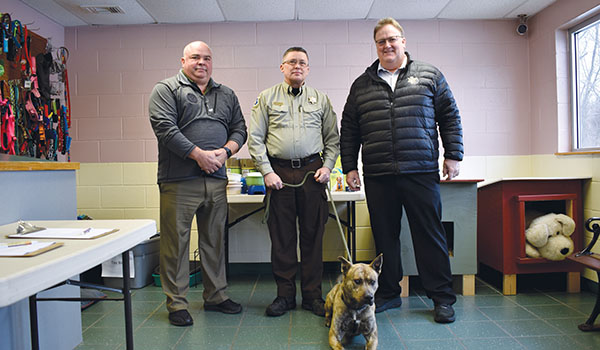 CASSOPOLIS — Though 2020 was a challenging year for many, it left Cass County Animal Control a lot to celebrate, as it was able to save the lives of the majority of the animals that came into its care.

“The bar got set high in 2020,” Butts said. “It got set really high in our live release rate, and that’s a hard number to maintain. I told my staff, ‘now that we’ve reached those numbers, the hard part is going to be keeping those numbers up.’”

Both Butts and Cass County Sheriff Richard Behnke said multiple factors contributed to the increase in Cass County’s live release rate. One of the most significant is working with transfer partners, which allow animals to be transferred to a different shelter to give them a better chance of becoming adopted. Today, Cass County works with 20 transfer partners across multiple states.

“This gives some of our longer-term animals some different venues where they might have different resources,” Butts said. “It allows [transfer partners] to place those animals rather quickly.”

Other factors include a surge in adoptions over the course of the COVID-19 pandemic and support from the community. However, Behnke said the biggest factor is Butts and his team, who have worked diligently over the past four years to increase the county’s live release rate and save the lives of local animals.

“What led to this and where all the credit goes is to Ron [Butts],” Behnke said. “He and his staff have done a tremendous job.”

In 2021, Butts wants to continue to grow Cass County’s transfer network and continue programs, such as its spay and neuter program and vaccination clinics, in the hopes of saving and improving the lives of animals in Cass County.

To help meet that goal, Butts encouraged all residents always to consider adoption when deciding to bring a new furry friend into their homes.

“Consider adoption as your first choice,” he said.

Man who led police on two-state chase headed to prison

Chase leads to the capture of larceny suspects