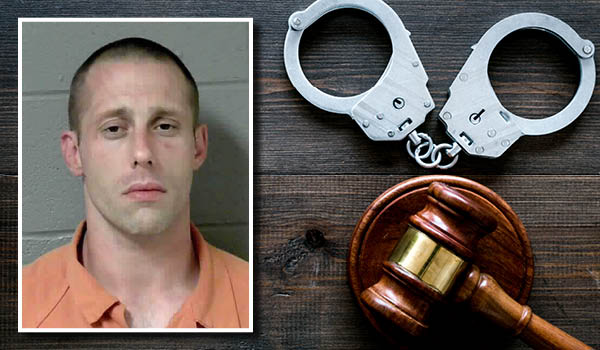 CASSOPOLIS – A Benton Harbor man with a history of assaultive behavior was sentenced to a year in jail in Cass County Circuit Court Friday. The incident occurred last August in Dowagiac.

Joshua Anthony Benya, 32, of Ogden Avenue in Benton Harbor, pleaded guilty to third offense domestic violence as a habitual offender and was sentenced to 365 days in jail and $1,548 in fines and costs. He does not have credit for the 150 days he’s been in jail since he was on parole at the time of the incident. He can serve the time in any correctional facility.

The incident occurred Aug. 5, 2020, at a home in the 200 block of Prairie Ronde in Dowagiac. Police were called to the residence on a report of an unwanted person. They found Benya and his girlfriend on the porch with the girlfriend having injuries. Benya had been at the home to visit his young son.

Cass County Circuit Judge Mark Herman noted that Benya was on parole at the time of the incident from an aggravated domestic violence incident involving the same victim in Berrien County. He also faces a parole violation as he cut off his tether and was also convicted of another crime. In the current case, he was ordered to have no contact with the victim.

Judge Herman noted that Benya has five prior felony convictions and 23 prior misdemeanor convictions.

“This is your seventh conviction for assaultive behavior,” he told the defendant. “You need to address your anger problem and get it under control or you will end up back behind bars.”

“You’re young enough to get your life in order, I hope you’re sincere,” he added. “If what the victim said is remotely true, that you have been harassing her, those things need to stop. Otherwise you will end up over and over back in prison.”

DOWAGIAC — The girlfriend of a Dowagiac murder victim, along with an accomplice, have been arrested in connection to the... read more