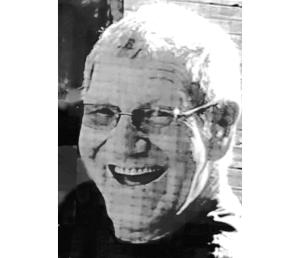 Jack Frederick Smith, 70 years, of Buchanan, husband, father, grandfather, veteran, railroader, and outdoorsman died peacefully at 5:20 a.m. on Thursday, Dec. 31, 2020, with his family gathered around at his home following an extended illness. His family is grateful for the skilled and compassionate care provided by the staff of Caring Circle Hospice at Home.

He was born on Nov. 22, 1950, in Niles, to Jack Junior and Phyllis Jean (Kocher) Smith. He was graduated from Brandywine High School in Niles with the Class of 1970. His Selective Service lottery number was five, so he was inducted into the U.S. Army on July 16, 1970. He was stationed in Germany, driving a one-ton on the Autobahn, and was honorably discharged as a veteran of the Vietnam Era.

He returned to Niles and was employed for several years at Klose Brothers Construction Company before being hired by Amtrak. He joined the Brotherhood of Maintenance of Way Employes Division of the International Brotherhood of Teamsters, and served as foreman and track inspector on the Wolverine Line right of way for more than 30 years before retirement.

He has lived in this area all of his life, moving to Buchanan in 1978.

Jack was a member of the American Legion Post #51 in Buchanan. He enjoyed camping with his family in their travel trailer at area campgrounds, and kept a pontoon boat at a lake near Lawrence, Michigan for a few years. He also enjoyed trips to Red Lake in western Ontario, Canada to hunt moose, and was successful on his first trip, as evidenced by the huge antler mounted in his living room.

On Sept. 8, 1971, in the Bertrand Church in Niles, he married the former Deborah Kay Cox with whom he celebrated the 49th anniversary of their wedding. They were sadly preceded in death by an infant son, Jacob Martin Smith on Nov. 13, 1978.

Family and friends of Jack Smith will gather at 1 p.m. on Friday, Jan. 8, 2021, at the Amtrak Passenger Station in Niles (NLS), 598 Dey St. to share memories and honor his life. Committal services will follow at his grave in Silverbrook Cemetery in Niles, including a Bagpipe rendition of “Amazing Grace” and Full Military Honors by the United States Army Honor Guard and American Legion Post #51. Attendance will be limited, masks required, and social distancing practiced. Others may witness the events via the livestreamed broadcast on the Halbritter-Wickens Facebook page: facebook.com/halbritterwickensfuneralservices.

Contributions in memory of Jack may be made to Bronson Children’s Hospital, 601 John St., Kalamazoo, MI, 49007, bronsonhealth.com/locations/bronson-childrens-hospital. Arrangements were made at the Halbritter-Wickens Funeral Home, 615 E. Main St. in Niles. Online condolences may be left at: halbritterwickens.com.

Jack took-on the toughest jobs — the Army, working concrete at Klose’s, railroad rails, and the largest species of the deer family — and always succeeded. But his greatest success was quiet times camping and his love for his family.