NILES – Reverend Christopher Mergener led the congregation of First Presbyterian Church through its first virtual Christmas Eve service at the end of 2020. 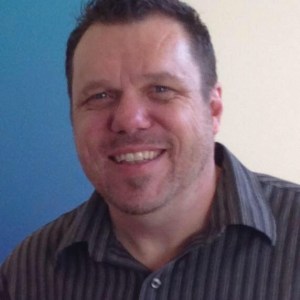 It was the cap to a busy first month in Niles at his new church. Mergener began at the church on Dec. 1.

“We are worshiping through Facebook [Live],” Mergener said. “The craziest part is not being able to meet people individually. I’ve been in my office, answering emails, having Zoom calls and leading virtual services, but I haven’t really met much of the congregation yet.”

The church, located at 13 S. Fourth St.in Niles, traditionally has a candlelight service on Christmas Eve, but Mergener was tasked with how to host one while keeping everyone safe from the COVID-19 pandemic.

“We did a Zoom portion of the Facebook Live service, and had [participants] light their candles at home,” he said. “It works for most people.”

At First Presbyterian Church in Niles, many members of Mergener’s congregation are still learning programs like Zoom.

“We had a coffee hour the week before [Christmas] so they could practice,” Mergener said. “Some members don’t have Facebook. Some don’t have computers. Some have never Zoomed. We are just trying to get everyone comfortable with whatever level they are at, and respecting where they are at.”
Mergener said they still lit candles at the church for people to see the soft flames in the usual setting on Christmas Eve as well.

“We covered every base we possibly could,” he said.

Before feeling called to be in ministry, Mergener worked in the jewelry industry for 28 years where he said he did everything from buying, frontline management and selling for both family-owned and well-known fine jewelry stores. Moving into ministry was not his original plan, but it was the right one, he said.

“I was really involved in the mission side of things in the church I was attending,” Mergener said. “I wanted to work for the church but didn’t know how.”
He said a friend urged him to go to seminary. He went in 2011 and never looked back.

“It became very apparent in my seminary days that my call truly was in church ministry,” he said.

Mergener said he was ordained, married his partner and off to his first call in ministry all at once.

“We loaded up and went to Long Beach,” Mergener said. “We lived in the Hamptons for two and a half years. We experienced the Hamptons life, which is quite different. Then we went to Newark, New York.”

Niles was his next call at the First Presbyterian Church. He was delighted to be in southwest Michigan, nestled back between Chicago and Grand Rapids.

He recalled his first day in town was raining, and members of the congregation came out to welcome him and help him settle in.

“The congregants here are awesome, so welcoming and so helpful,” he said.

Now, a month settling into his new community and with his new church, Mergener is ready to continue his work with the church.

“I’m very happy to be here, and I’m happy to be working with a group that’s so open,” he said. “They have a willingness and desire to learn, to grow, and to share about Christ and how he works in their lives.”

The church’s services can be found each Sunday streamed live and saved on its Facebook page, First Presbyterian Church of Niles, at 10:30 a.m.

CASSOPOLIS — Cass County pet lovers will have a chance to get their furry friends vaccinated at a reduced rate... read more