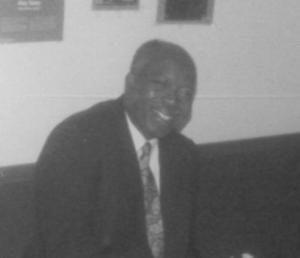 He finished his seventh-grade education before he traveled across the U.S. and moved to Michigan where he started his years of hard work, later in life earning his GED. For more than 25 years, Richard worked for Sundstrand as a foreman, before he retired. He then worked for more than six years at Ascension Borgess-Lee Memorial Hospital as a custodian. On Nov. 23, 1973, Richard married the love of his life, Grace Greer, in South Bend. They were married for 20 years up until she passed on Dec. 25, 1993.

Richard was a member of Community Baptist Church in Cassopolis. Richard was loved and admired by many. He was known as Richard at birth but PeeWee by his family and Blue (which was his CB handler) by his friends. He was a comedian at heart, and one who nicknamed everyone. Richard enjoyed playing the Blues on his guitar and harmonica, loved talking on his CB radio and riding his John Deere lawn mower. Richard will be remembered for his hard work ethic and always taking care of his family.

A celebration of home going will be hosted at 1 p.m. on Friday, Jan. 8, 2021, at Clark Chapel & Cremation Services, 405 Center St., Dowagiac, with Pastor Coy Brown officiating. Burial will follow at Mission Hills Memorial Gardens. Friends may visit with the family on Friday, from noon until time of the service, at the funeral home. Memorial contributions may be made to Richard’s family in c/o Rana Russell. Those wishing to leave an online condolence may do so at clarkch.com.