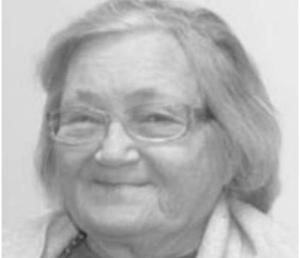 Neladene Anne Ward, 81, of Dowagiac, died peacefully Saturday, Jan. 2, 2021, in the comfort of her family’s presence.

Neladene was a 1957 graduate of Dowagiac High School and went on to earn her bachelor’s degree from Western Michigan University in 1966. She taught school from 1958 through 1969. She began her teaching career in the National School, a one room school in Berrien County. She then taught in a two-room school house at Allen School in Cass County. She then taught for the Niles Community Schools at James Ellis School in Howard Township.

Neladene was a milk tester and technician for 10 years with Michigan Dairy Herd Improvement. She began with 4-H in 1950 and over the next forty years showed cattle, sheep, goats and poultry at the Cass County without missing a single day of the fair. Neladene had many achievements and recognitions with the Cass County Fair including serving as dairy superintendent for 25 years, beginning the Baby Animal Barn in 1973, receiving the Outstanding Leader Award in 1984, and being named Grand Marshall in 2006. She was also named Michigan State Dairy Leader of the Year in 2002.

Family and friends will gather Wednesday, Jan. 6, 2021, from 1 p.m. until time of service at 3 p.m. in Connelly Chapel Wagner Family Funerals, 202 N. Broadway St., Cassopolis. Neladene will be laid to rest in Sumnerville Cemetery in Sumnerville, Michigan.

The family prefers contributions in memory of Neladene be made to MSU Extension 4-H, 120 North Broadway Street, Suite 116, Cassopolis, Michigan 49031.