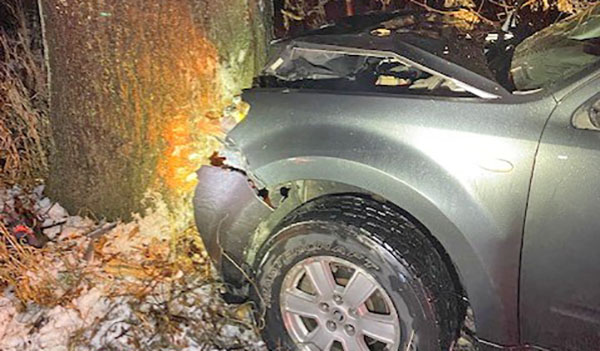 DOWAGIAC — A Dowagiac woman was injured in a Sunday evening crash, according to the Cass County Sheriff’s Office.

Sheriff Richard Behnke reported that at 6:35 p.m. Sunday, his office was called to investigate a personal injury crash near the intersection Glenwood Road and Morton Street in Wayne Township.

Investigation shows Jennifer Tidwell, 40, of Dowagiac, was southbound on Glenwood Road when she traveled off the roadway and struck a tree. Tidwell was transported to Borgess Lee Memorial Hospital for her injuries.

Seat belts were used, and airbags were deployed. According to deputies, drugs and alcohol are not believed to have contributed to the crash.

Assisting in this crash were the Wayne Township Fire Department and Pride Care Ambulance.