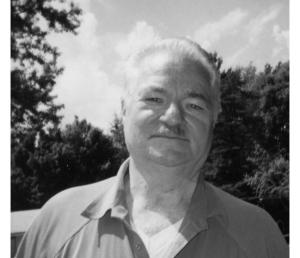 Robert was born on Nov. 28, 1932, to the late Glen and Myrtle (Nichols) Hoese in Stewardson, Illinois.

After graduating from Niles High School, class of 1951, Robert went on to enlist in the U.S. Navy and served his country proudly in 1952. In August of 1963 Robert wed Marilyn Hegedus at a ceremony in Niles.

Bob was retired from the former Pawating Hospital (now Lakeland Community Hospital) in Niles where he had worked in maintenance for more than 20 years.

He was an avid University of Michigan fan and always kept up with the Niles Vikings. Bob was a great boxer and enjoyed watching it as well, especially Joe Lewis. Bob cherished his family and was always a faithful provider. He will be remembered for his generosity and his kindness, as he never met a stranger.

He was preceded in death by his parents; his wife, Marilyn Hoese; a great-grandchild, Julian Anglin; siblings, Walter, Glen, Donald and Carol Hoese.

Funeral services will be held on Saturday, January 2, 2021 at 11 at Brown Funeral Home in Niles with a time of visitation beginning one hour prior. Full Military Honors will be performed at Silverbrook Cemetery by the U.S. Navy as well as American Legion Post 51 in Buchanan.

Due to COVID, seating is limited however; the funeral service will be available for viewing on our website.

Memorial contributions may be made in Robert’s memory to Caring Circle Hospice at 4025 Health Park Lane, St. Joseph, MI 49085.