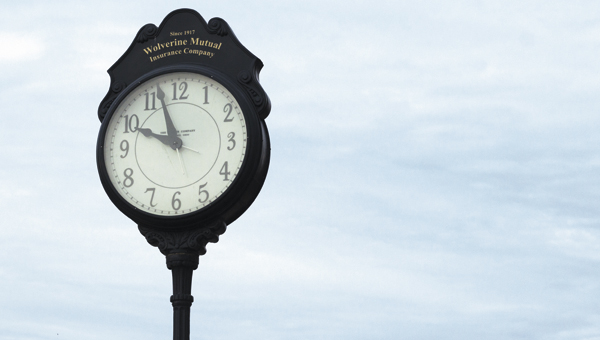 DOWAGIAC — As 2020 comes to a close, Dowagiac city manager Kevin Anderson was proud of what the city was able to accomplish.

The city was involved with many projects this year, including being awarded $30,000 in Neighborhood Enhancement Program grants by the Michigan State Housing Development Authority this year. NEP is designed to launch improvement projects directly tied to enhancing and stabilizing communities. Projects can focus on neighborhood public amenity enhancements, improve residents’ quality of life, or help communities recover from the COVID-19 pandemic.

“20 homes have been able to take advantage of it,” Anderson said. “We’re really starting to see differences in our neighborhoods. Hopefully, we can continue to do that year after year.”

The council also authorized the construction of a modular home with grant funds provided by a MSHDA grant. The $196,000 grant allows the city to build a modular home on a city lot on Parsonage and Spruce streets to actively market the building of new modular homes within the city.

“We worked with the state to build a house that will be delivered in a few weeks,” Anderson said. “A new house is in the process of being built. The city had land available. We’re excited to see new housing going in and improvements being to existing neighborhoods. To see some of that come to fruition has been a positive for this year.”

The city dedicated Schuur park in honor of Bob Schuur, the longest-serving member of the Dowagiac City Council.

“One of the things that stood out to me was the property was home to an abandoned business that sat vacant for several years,” Anderson said. “We were able to acquire the property and get grants. It has waterfront access. It’s always good to name it after someone like Mr. Schuur. He sowed his dedication to the community. The response has been tremendous.”

The arrival of the COVID-19 pandemic meant the city had to adapt and find ways to meet the needs of its citizens. City hall’s internet capabilities were expanded this year, and a drive-up station was installed behind city hall which allows citizens access to face-to-face service while remaining socially distant. The council also installed a city service kiosk in Family Fare, 56151 M-51, to provide citizens access to city services in a safe, secure manner.

“These things will be something that benefits community for a long time,” Anderson said. “Folks are saying that this is something they’ll be using after pandemic. We are trying to do a number of things to create accessibility to city hall services. With our improvements, community members will be able to interact with us in multiple ways.”

While 2020 was challenging in many ways, Anderson remains optimistic that 2021 will be a prosperous year for the city. He listed off several projects the city has lined up for 2021, including the expansion of its trail system, the Dowagiac District Library completion and the renovation of Beckwith Park.

“Construction at the park will be starting shortly,” Anderson said. “Contractors are in place. We’re looking forward to creating a new gathering space, featuring seating areas, picnic areas and a fire-pit type of gathering spot. We’re seeing interest in the community and are in negotiations on a number of downtown projects. We’re hoping to get additional projects downtown to compliment current projects we’re working on.”

DOWAGIAC — The COVID-19 pandemic may have dominated 2020 headlines, but that did not stop the Dowagiac Elks Lodge from... read more