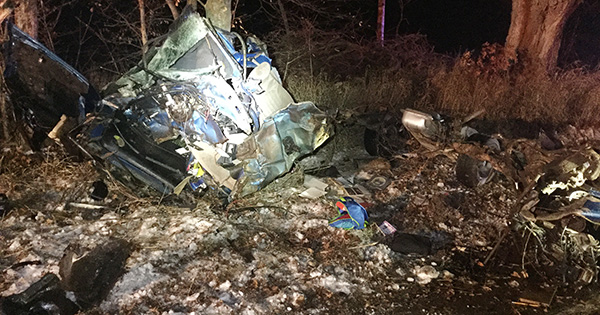 A 36-year-old Cassopolis resident was involved in a single-car accident Thursday night near the intersection of Cassopolis Road and Granger Street in Mason Township. (Submitted photo)

CASSOPOLIS — A single-car accident near the intersection of Cassopolis Road and Granger Street in Mason Township has sent one person to the hospital with serious injuries.

Cory, who was the only occupant, was ejected from the vehicle. Corey was transported to South Bend Memorial Hospital with serious injuries.

Seat belts were not used and no airbags were deployed. It is unknown if alcohol and/or drugs were a factor.

CASSOPOLIS — One regional business is looking to give back to teachers by bringing the outdoors in. Cass County Farm... read more