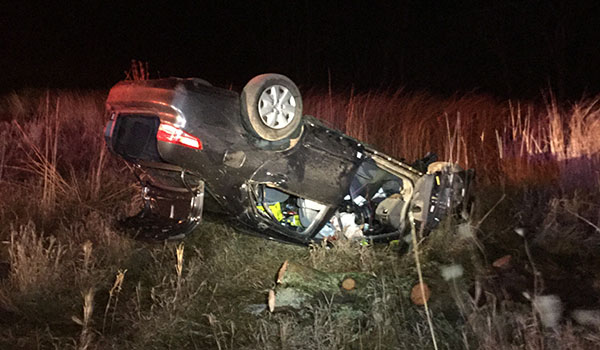 One injured in LaGrange Township roll over crash

LAGRANGE TOWNSHIP — An Edwardsburg woman was injured in a roll over crash early Monday morning, according to the Cass County Sheriff’s Office.

Sheriff Richard Behnke reported that deputies responded to a roll over crash at 12:54 a.m. Monday on O’Keefe Road near Shurte Street in LaGrange Township.

Investigation shows that Vanessa Marie Bradley, 34, of Edwardsburg, was traveling north on O’Keefe Road and lost control of her vehicle. She ran off the roadway, striking a tree and causing the vehicle to overturn several times. Bradley was extricated from the vehicle and transported to Memorial Hospital in South Bend. Bradley was wearing a seat belt at the time of the crash.

EDWARDSBURG — The on-again, off-again Michigan High School Athletic Association conclusion of the 2020 fall sports season is back on.... read more