CASS COUNTY — After years of research, one Cassopolis native has published a book about Cass County’s ties to the Civil War. 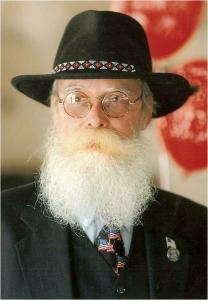 “This book is something I have been working on for five-plus years. It’s basically everything in one location about the soldiers that served in Cass County,” Harrison, a 1968 graduate of Cassopolis High School, said. “Various things have been published in the past, like in the 1800s. What I did was compile that information, add to it considerably and correct a lot of the errors that were contained in those documents.”

Now living in Holt, Michigan, Harrison was born and raised in Cassopolis and is descended from some of the Civil War veterans listed in his new publication. Harrison has served since 2013 as board president and director of Michigan’s G.A.R. Memorial Hall and Museum in Eaton Rapids, Michigan. He also serves as co-chair of the Michigan Civil War History Partners and treasurer of the Friends of Michigan History.  He has written three books, one on the natural history of Cass County, Michigan, and two-family genealogies. He also belongs to several historical and patriotic organizations, including the 1865-created Military Order of the Loyal Legion of the U.S., in which he served as national commander-in-chief from 2009 to 2011, the 1881-created Sons of Union Veterans of the Civil War, in which he served as national commander-in-chief in 1994-1995, and commanding officer of the Order’s Sons of Veterans Reserve.

“I’ve always had an interest in Cass County because I was born and raised there,” Harrison said.

So far, Harrison said the book has been well received, and he has sent it to organizations in Cass County to spread its reach. He hopes those who read his book will find a continued interest in Cass County’s history and ties to the Civil War.

“I want [readers] to take away just a general history because so much of it is unknown,” he said. “That’s the biggest thing.”

“Cass County, Michigan in the Civil War and Grand Army of the Republic” is available by sending name, address and a $27 check made payable to “G.A.R. Museum” to Michigan’s G.A.R. Memorial Hall & Museum, 224 South Main Street, Eaton Rapids, Michigan 48827.  All proceeds from the book’s sale will go towards the continued operation of Michigan’s G.A.R. Memorial Hall and Museum, a nonprofit museum.

COLUMN: ‘Yes, Virginia, there is a Santa Claus’

More than 100 years ago, 8-year-old Virginia O’Hanlon wrote a letter to the editor of New York’s Sun, and the... read more