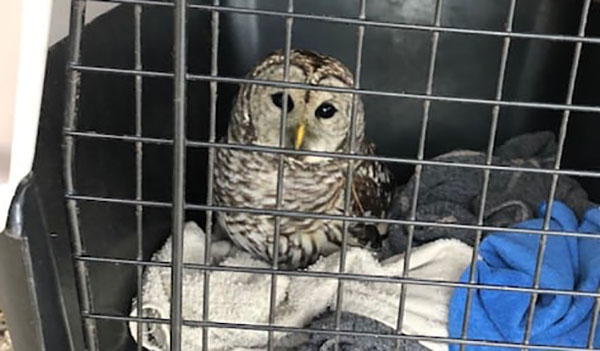 CASS COUNTY — Law enforcement officers are no strangers to protecting and serving the public. Sometimes, that means serving those with wings and feathers.

Cass County Sheriff Richard J. Behnke reported that at approximately 6:30 a.m., his office was called to respond to an injured owl. The caller reported the owl swooped down in front of his vehicle, and he hit it.

When officers arrived on scene, the owl was trapped in the grill of the vehicle and still alive. Deputies responded to assist and were able to extricate the owl from the grill.

Once the owl was secured, deputies transported the owl to a rehab near Kalamazoo, where it can recover.