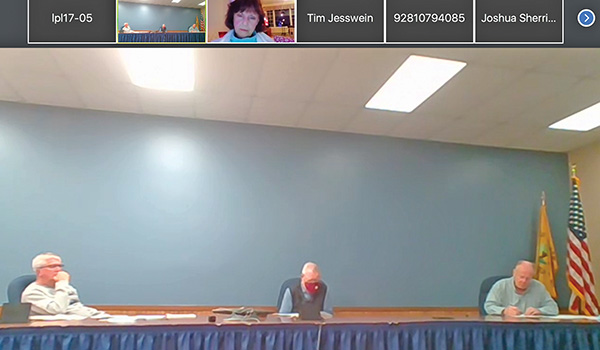 NILES TOWNSHIP — Compensation was the main topic of conversation at Monday’s Niles Charter Township Board of Trustees meeting.

Monday evening, the Niles Township Board of Trustees voted to approve salary increases for its elected officials, including the supervisor, clerk, treasurer and trustees. The supervisor, clerk and treasurer, all of which are part-time positions, received 5 percent salary increases, bringing total compensation from $26,250 to $27,562. Board trustees also received a compensation increase from $6,300 to $6,615.

The votes to approve the increases were passed 5-2, with trustees Chris Vella and Richard Cooper voting no on each.

“I’ve thought about this, and where we are with our budget and money coming from the state, I don’t know if this is something we should defer for a year, and kind of wait and see what happens,” Vella said. “I kind of think it would be a good example, as leadership.”

According to Treasurer Jim Ringler, the salary increases are based on the Compensation Advisory Committee’s recommendation. He said the committee began meeting two years ago to determine how the township could be brought up after discovering its compensation for elected officials was below what would have been considered average for a township its size. Rather than approve one large salary increase, the advisory committee recommended the township approve incremental increases over the course of several years.

“There were many years we didn’t take a salary increase at all, and we did it for the sake of the township,” Ringler said. “When that goes by five or six years, or however long, and you don’t take any, you do fall way behind. It gets to a point where nobody is going to take as much time as you have to put in for nothing. That’s the reason we appointed the advisory committee.”

Ringler said, even with the salary increases approved Monday, Niles Township’s compensation for elected officials still falls below the norm for townships of the same size across the state.

“What we are doing is just trying to catch up to where we should have been two years ago,” he said. “We are just following the advisory committee’s recommendation.”

The Niles Charter Township Fire Department has not had an official fire chief since Gary Brovold retired Aug. 1, after 37 years on the department. Since Brovold’s retirement, firefighters at the station have served as acting chief on a rotating basis. Monday’s vote to appoint Jesswein as interim chief came after several requests from the township’s firefighters.

According to Ringler, the search for a new full-time fire chief will begin after Jan. 1.