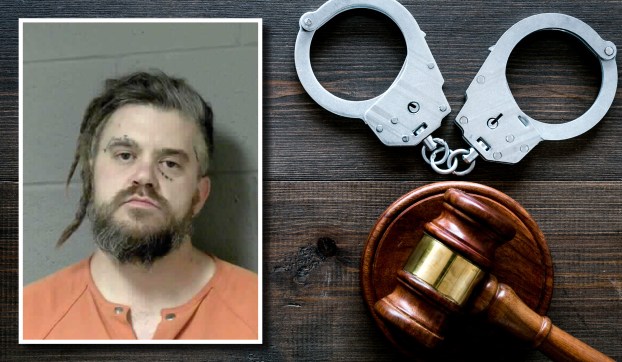 CASSOPOLIS — The Kalamazoo man who killed a man in Dowagiac earlier this year will spend the next 43 years in prison.

Carlton, 41, of Kalamazoo, pleaded guilty to second degree murder earlier this fall and was sentenced Friday to 43 years to 70 years in prison. He has credit for 325 days already served and must pay $1,048 in fines and costs. A dozen or more other felony charges were dismissed as part of the agreement.

The January incident occurred at a home on Louise Street in the city of Dowagiac. Carlton and his co-defendant, Jay Vincent Penar, 39, of White Pigeon, went to the Collins home to get back money and possessions that belonged to Penar. Collins and three other occupants of the home were tied up and Collins ended up being shot in the chest and killed.

Penar has not taken a plea agreement and faces upcoming court dates of Jan. 4 for a settlement conference and Jan. 12 for a jury trial. Due to COVID pandemic restrictions, the jury trial would likely not start until a later date in 2021.

“We live in a country where life has value whether someone is a prince or pauper,” said Cass County Prosecutor Victor Fitz. “There are laws to protect people from violence.”

“On Jan. 27, this defendant acted not like a man but a complete coward with his partner,” he added. “Whether one was the leader or the other, when it came to pulling the trigger, Mr. Carlton pulled it. The victim was shot and killed and the others were tied up and robbed.

“At age 41, instead of working and setting a good example for his four children, he traveled to Dowagiac, put a mask on and then went inside the home and killed Mr. Collins,” he said. “He and Mr. Penar endangered the other people involved and it could have been even more tragic. The person killed left two sons who will never see their father again, while the defendant will live to a ripe old age.”

“There is no bright spot in this case,” Miller said. “It’s tragic but he’s stepped up and accepted responsibility for his actions. This was a horrendous event for everyone including the community.”

Carlton apologized to Collins’ family as well as to his own children. “I do apologize for the loss of their father, if I could take it back, I would do it in a heartbeat,” he said. “I also apologize to my children, they shouldn’t have to suffer for me … Our intent was to get the money back he had stolen from us. He rushed us and I took his life.”

“You are 41 with four children,” Cass County Circuit Judge Mark Herman said. “When I look at your life, you have a two-year college degree. It’s a shame all of that was thrown away. You said you expect to die in prison, but you have an opportunity to be released on parole after 43 years.”