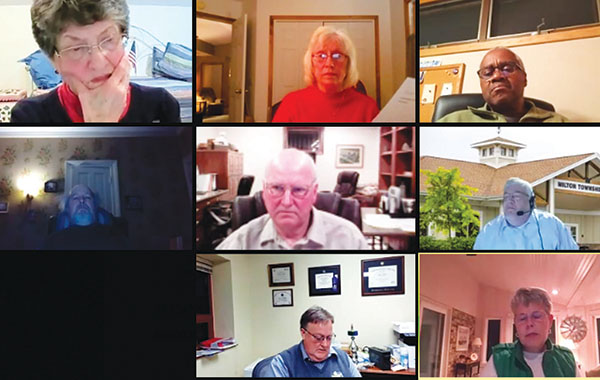 CASS COUNTY — The Nov. 3 general election saw unprecedented turnout and much controversy, but according to the Cass County clerk, the election went on without a hitch in Cass County.

Monica McMichael informed the board of commissioners during their monthly meeting Thursday that three voting precincts — Calvin, LaGrange and the city of Dowagiac’s second ward — were randomly chosen by the state of Michigan to be audited and the results found the county’s votes to be accurate.

“I’m proud to say that our tabulators are accurate and accurately counted those ballots,” McMichael said Thursday. “I just wanted to share that because I know there are a lot of questions out there. I want Cass County residents to know that their vote counted as they marked their ballots.”

Probate Court judge Susan L. Dobrich commended McMichael and her staff for their efforts during the election process.

“I just want to say as a member of the election commission that Monica and her office did an outstanding job at the elections,” Dobrich said. “I had the opportunity to observe their hard work at the clerk’s office when they were receiving their ballots and the elections this year were extremely difficult and labor intensive. Everyone in the community was well-trained. For such a tough election, she did a wonderful job.”

According to Cass County Sheriff Richard Behnke’s public safety report, vehicle theft is on the rise in Cass County.

Behnke announced that county-wide vehicle thefts have increased by 40 percent this year.

“It’s not like they’re hotwiring them or anything,” Behnke said. “They’re just finding keys in cars and taking them. It has led to a lot of different types of issues throughout the county.”

Behnke said that the sheriff’s department has had three police chases in the last two weeks involving stolen vehicles.

“Lock your cars and lock your houses,” Behnke said. “This time of year, people are looking to break into houses to get things that are easy to take out. Due to COVID, people are staying at home, so the targets are harder to find because people are coming and going at irregular times.”

In other business, board adopted an addendum to the county’s arrangements with the Municipal Employees’ Retirement System for county employees.

MERS offers participating municipalities a variety of retirement benefit plans that they may provide on behalf of their eligible employees.

Effective as of Jan. 1, 2021, MERS is implementing several changes to its Defined Benefit Plan. Each municipality that participates in the DFP is required to submit an updated Adoption Agreement Addendum to MERS to indicate the municipality’s plan design selections related to the changes.

The aim of this addendum is to clarify and confirm the manner in which each plan has been operated. Doing so will decrease the likelihood of compliance issues.

“[MERS] basically had all of our municipal organizations under the same generic planned document,” said Deputy County Administrator Becky Moore. “What they were finding over time was that municipalities were not updating their MERS plans after making changes, so what MERS said back in September was it is going to systematically work with every municipality between now and the end of the year. They want us to go through all these questions and basically identify and look for things where we’re doing it differently.”

Cobb was elected to the board of commissioners in 2008 and is retiring after 12 years of service. Cobb represented the county on many boards during his time as District 7 commissioner, including the Community Action Agency, Local Revenue Sharing Board and the Behavioral Health Oversight Board.

Ausra and Cobb will be succeeded by Ryan Laylin of District 1 and Jeremiah Jones of District 7.

“It has truly been an adventure,” Ausra said. “I’ve learned so much. It’s been a great opportunity and I wish Ryan the best of luck moving forward.”

• The board moved to approve a Memo of Understanding for the Proposed Fiber Build for Future Internet Connection to Cass County Medical Care Facility with costs not to exceed $10,000.

Cassopolis construction moving along, despite delays due to COVID

CASSOPOLIS — In its final regular meeting of 2020, the Cassopolis Village Council got an update on the many projects... read more