Judith (Judi) Byers Prince, 81, passed away at home on Dec. 15, 2020, in Portage, surrounded by her family after a lengthy illness.

A private celebration will be hosted and burial will take place in Riverside Cemetery, Dowagiac. Due to COVID restrictions, a celebration of life will be at a later date. Arrangements have been entrusted to Clark Chapel, Dowagiac. Those wishing to send a condolence online may do so at clarkch.com. 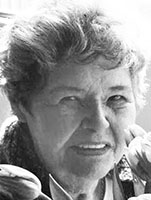 Judi was born in Park Ridge, Illinois, on Aug. 10, 1939, to William T. and Naida Byers. Her family moved several times during her youth to South Bend and Dallas, Texas. Her Family later resided in Sister Lakes. She graduated from Dowagiac Union High School in 1959. She was homecoming queen her senior year while in high school and through her youth was an accomplished water skier. Judi attended University of Miami and later in life attended Southwestern Michigan College where she received her RN degree. She practiced at Berrien General Hospital as well as Kalamazoo Regional Psychiatric Hospital, ACT of Kalamazoo and Allegan General Hospital as a behavioral health Registered Nurse. Judi was well known for her kindness and patience with anyone she met, including her patients. She would assist them in the community, especially in times of need or crisis.

Judi was an avid lover of gardening, birds, flowers, crafting, genealogy, sunshine and travel. She enjoyed her time with her family and adored her grandchildren. She was an avid QVC and HSN shopper and it was always a guess what you would find at the front door on any given day. She also enjoyed traveling to any location where the sun was shining. Judi was an avid Trump supporter and was concerned that she would not be able to vote prior to her passing. She passed knowing in her heart that Donald won, her legal vote counted and that she would not end up on a dead voter role.

Judi was proceeded in death by her parents.

In lieu of Flowers, Judi’s wishes are to spread random acts of kindness when possible.

The family of Judi wishes to extend our sincere thanks and appreciation to Hospice Care of Southwest Michigan and to the Portage Fire department, Oakland station for their support, caring and assistance.