A celebration of life service will be held at 3 p.m. on Sunday, Dec. 20, 2020, at Clark Chapel, 405 Center St., Dowagiac. Visitation will take place two hours prior to the service, from 1 to 3 p.m. at the funeral home. Due to the COVID-19 virus and state requirements, masks and social distancing are required. Private burial will take place Monday at Fort Custer National Cemetery, Augusta, Michigan, with full military honors. Memorial contributions may be made to St. Jude Children’s Hospital at stjude.org. Those wishing to send a condolence online may do so at clarkch.com. 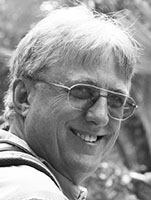 David was born on Feb. 21, 1943, to David and Anna (Torkelson) in Elmira, New York. He attended Loma Linda University School of Dentistry and graduated with a DDS degree in 1969. Immediately after graduating from dental school, David served in the U.S. Navy as a dentist in Adak, Alaska. Following his honorable service, David purchased a dental practice in South Lancaster, Massachusetts.

In 1977, David moved to Bangladesh with his wife, Judy Johnson, and two small children, where he served as a missionary for 25 years. During this time, he completely created and implemented the dental standards and procedures used there today.

On October 9, 1988, he married the former Minu Adhikary in Dhaka, Bangladesh.

In 2002, he and Minu moved to Niles and in 2005, David opened his practice, David L. Johnson DDS. He owned and operated his dental practice for eight years. The practice is now known as Four Flags Family Dentistry.

Though he was a dentist professionally, his passion was birdwatching. He truly traveled the world as a birder and was at one point one of the most accomplished in the world. David was also the author of two books, “Two Guys and a Bucket” and “One Guy and a Briefcase.” Most of all, David cherished his family.

Robert D. Sherman passed away from complications due to COVID-19 while in the care of Spectrum health on Friday, Dec... read more