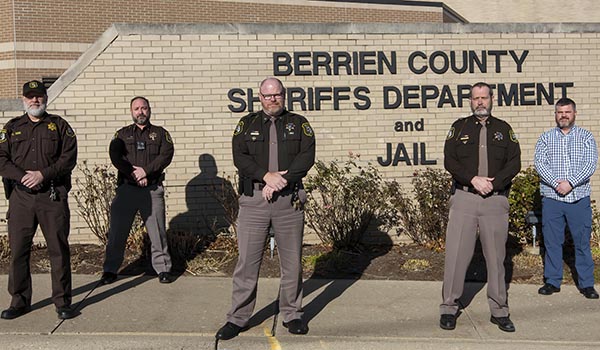 BERRIEN COUNTY — The Berrien County Sheriff’s Office once again participated in the nationally recognized “No Shave” November and December again this year. Members of the sheriff’s office were able to beard up as long as they paid $50 each month, and that money went to two area charities.

The money from the month of November went to the Michigan Law Enforcement Polar Plunge for the Special Olympics Michigan. The plunge is being done virtual this year, and the Berrien County Sheriff’s Office is again organizing a team to participate.

The money from the month of December is going to The Cure Starts Now in support of pediatric cancer research. First responders across the country are joining forces to flaunt their finest facial hair in honor of our smallest warriors battling cancer.

This is the third year the Berrien County Sheriff’s Office has participated in “No Shave” events.  “This is a great way to support two outstanding charities while allowing our deputies to lose their razors for a couple months,” said Sheriff Paul Bailey.

NOTRE DAME, Ind. — One has to wonder just how much Notre Dame can take away from its 47-40 double-overtime... read more