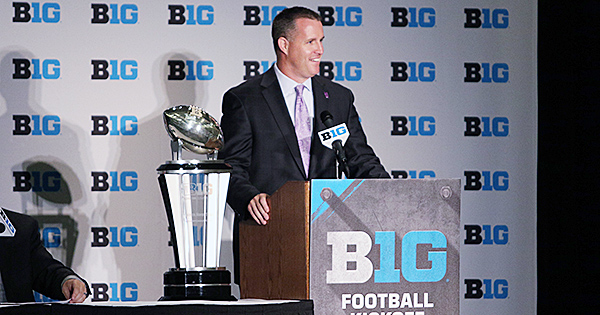 Between noon and 12:15 p.m. Tuesday through Thursday, via the Big Ten Network’s Twitter account, the 2020 All-Big Ten team and individual awards will be unveiled. The accolades will also available on Big Ten Network’s Facebook and Instagram channels as well as a press release from the Big Ten Conference.

Here is the daily breakdown:

The week concludes with four games on Big Ten Network, including battles for Paul Bunyan’s Axe and the Old Oaken Bucket. On Friday, Nebraska visits Rutgers at 4 p.m., followed by in-state rivals Purdue and Indiana kicking off at 7:30 p.m. Saturday morning begins with a second rivalry game as Minnesota visits Wisconsin at 4 p.m., before Michigan State takes on Maryland at 7:30 p.m.

NILES — A total of 192 runners and walkers participated in the 2020 Niles-Buchanan YMCA Thanksgiving Day Run, which was... read more