James Grahl, 77, of Niles, passed away at his home on Thursday, Dec. 3, 2020, with his family by his side.
Jim was born on Nov. 25, 1943, to the late Charles and Luella (Frantz) Grahl, in Niles. After he graduated from high school, Jim went on to begin his career at Clark Equipment Company and eventually moved to Bendix. Over the years Jim worked his way through the company as a tool and die maker eventually retiring, in 2005, from Honeywell. 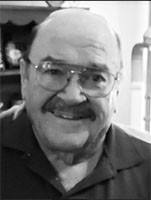 On Jan. 23, 1963, Jim wed his one true love, Brenda Skidmore, at a ceremony in Niles. Together the two raised three wonderful daughters.
He was preceded in death by his parents, Charles and Luella Grahl; brothers, Paul, Leo and Bob Grahl; and sisters, Charlene Grahl and Fayetta Denny.
Jim is survived by his wife of nearly 58 years, Brenda Grahl; daughters, Michelle (Danny Eaglebarger) Grahl, of Niles, Tammy (Terry) Mast, of Niles, and Carol (Michael) Babcock, of Niles; grandchildren, Courtney, Joshua and Aimee (Goldin Chappell); great-grandchildren, Olivia, Roman, Carson, Emmett, Natalie and Brenden; and many extended family members and close friends.
In keeping with James’ wishes, he has been cremated and his family will be remembering him privately.
In lieu of flowers donations may be made to Moose Lodge 449 in Buchanan where Jim was a member for more than 50 years.
Condolences, photos, and memories may be left for the family at BrownFuneralHomeNiles.com.
Arrangements have been entrusted to Brown Funeral Home & Cremation Services, of Niles.