Gail Ann Seastrom, 60, of Niles, mother, grandmother, sister, kind soul, sweet spirit and high-speed died peacefully at 4:08 p.m. on Thursday, Dec. 3, 2020, with family gathered around at Memorial Hospital, in South Bend, following an extended illness. Her family chose to enhance the lives of others through a gift of tissue to Vision First — the Indiana Lions Eye Bank.
Gail’s birth was celebrated by the community as the first baby born in 1960 (on January 1) at the former Pawating Hospital (now Spectrum Health Lakeland-Niles). She was the daughter of James R. and Joann Elaine (Blair) Hocker Jr. 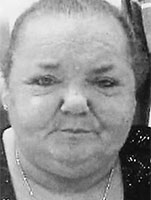 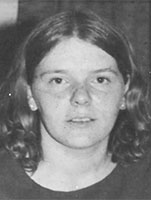 She attended Niles Community Schools and has lived in this area all of her life. She was employed for many years at the Elkhart plant of Plumrose USA producing bacon, which appears to be a dream job to many, but she found to be heavy and cold.
Gail loved music — especially when it was loud, with bass that could be felt — and particularly classic rock such as David Bowie. She often listened through headphones or in the car — again especially — when driving fast! She also enjoyed driving motorcycles fast and when she was younger she enjoyed driving small three-wheelers on trails. Some stories have been shared of passengers being unable to hang-on. As much as she enjoyed all of this, even greater was her love for people. She had a kind heart that prompted her to put others first, and was as sweet as she was fast.
She was married to Mark Seastrom. She was sadly preceded in death by a twenty-two-month-old granddaughter, Isabelle Ann-Marie Jasper on Dec. 20, 2018; and also preceded in death by her father, James Hocker Jr.; and mother, JoAnn Eckler who died on April 21, 2017; and by a brother, Jim Hocker II on March 21, 2006.
Surviving family includes her children, Lester Eugene “Gene” (Tracy) Mervine III, of Buchanan, Michigan, and Joseph Jasper, of Niles; grandchildren, Conner Mervine and Madison Mervine; and by Gail’s sisters, Linda Hocker,of Edwardsburg and Terry Wirick, of Niles; and several nieces and nephews.
The family of Gail Seastrom will gather privately to share memories and honor her life. Online condolences may be left at: halbritterwickens.com.
While Gail’s love of loud classic rock, motorcycles, and friends might have best converged at The Colonial, her kind heart and sweet smile were best shared with those who loved her the most — at home.