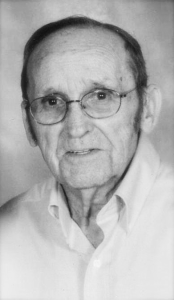 On June 5, 1953, at the age of 24 he married the love of his life, Margaret Marie (Reed) Clason. Lifetime partners in everything they did, together they raised their son and daughter and shared 67 years of marriage before he passed away.

Sam graduated from Edwardsburg High School, in Edwardsburg. He later worked for the city maintenance department. He was a Korean War Veteran having enlisted in the U.S. Army in November 1950 and proudly served until his honorable discharge in November 1952 and served inactively until November 1956.

He was a lifelong farmer and an excellent carpenter. Sam spent 42 years living in Edwardsburg, where he was very active in his community. He was a man of many trades, and Sam worked for many companies throughout his life. He started his work in Michigan at Wendt Grain Company and delivered feed to various farms. Sam had a love for horses and spent many years enjoying them as well as being a member of the Cass County Sheriff’s Mounted Posse in Michigan for more than 15 years and volunteering for the police department.

At one time, he knew every horse in the area. Sam spent time working for various factories in Elkhart while farming after work. There he honed his carpentry skills and eventually built the home he and Margaret lived in for 42 years. His farming consisted mostly of grains for several years until he took over a roadside vegetable business from his wife’s parents.

Most folks will remember him as the “Sweetcorn Guy” on U.S. 12, often selling 100 dozen or more ears of corn a day. When he wasn’t farming, he enjoyed camping and often camped with horses during his years in the Posse. Later he switched to camping with a Good Sam Camping Club chapter.

Sam was a devoted church member who loved going to church with his wife and family and served as deacon in the Ontwa Baptist Church in Edwardsburg for 14 years.

In 2015, he and his wife moved to Warsaw and attended Trinity United Methodist Church in Warsaw. Sam’s life journey took 92 years to complete, and within that time, he saw and accomplished many things, the most important part of his fruitful life was his family. He was a great husband, father, grandfather and great-grandfather and will be forever loved and missed.

Online condolences may be sent through the funeral home’s website at redpathfruthfuneralhome.com.