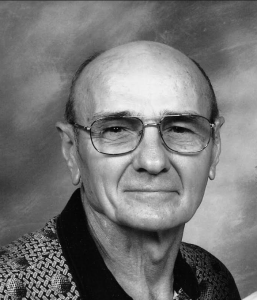 On a very cold Jan. 4, 1930, the late William and LaVerna (Payne) Stevenson in Clay County, Indiana, welcomed their son.

James was a graduate of Coalmont High School, class of 1948. He enlisted at the age of 16 in the U.S. Army and served his country proudly in Korea at the beginning of the Korean War.

Upon returning from his service he wed Marilyn Fisher on July 14, 1951, at a ceremony in Sullivan County, Indiana. They just recently celebrated their 69th wedding anniversary. A short time after their marriage, Jim and Marilyn came to Niles where he was employed by National Standard for many years until his retirement. During retirement, he enjoyed his time at Niles Precision Company where he drove a delivery van. James made lifelong friends through his love of golf and bowling. James and Marilyn have been faithful member of Summit Church in Niles.

He is preceded in death by his parents, his brothers; William, Charles, Robert and Harvey Stevenson; and his sisters, Susan Rehmel and Anna Denny.

A graveside service for Jim will take place at 2:30 p.m. on Monday, Dec. 7, 2020, at Silverbrook Cemetery with Pastor Dan Miller officiating.

Those wishing to make a memorial donation in honor of Jim have been asked to consider Caring Circle Hospice, 4025 Health Park Lane, St. Joseph, MI 49085.

Condolences, photos, and memories can be left for Jim’s family at BrownFuneralHomeNiles.com.

Arrangements have been entrusted to Brown Funeral Home.