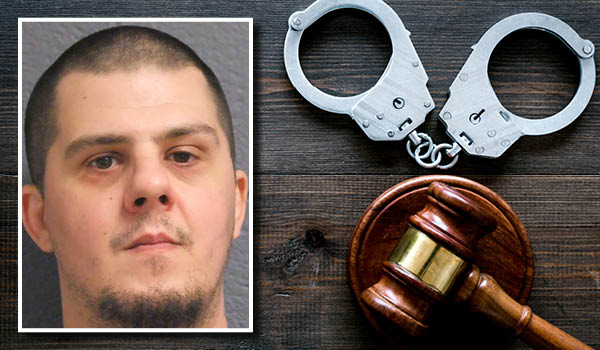 CASSOPOLIS — An area man already in prison for a home invasion charge from Hillsdale County is staying in prison after being sentenced Friday in Cass County Circuit Court on similar charges.

The incident occurred Jan. 11, 2018, at a home on County Line Road near Magician Lake in the Dowagiac area. Police caught Followell’s nephew, Nicholas Followell, and he connected his uncle and another person to the crime. The younger Followell was sentenced last year to probation.

In the Hillsdale County case, Charles Followell was sentenced Jan. 22, 2018, to one year, 11 months in prison for attempted home invasion from a 2016 incident there.

“As bad as you are at it, you should find another line of work,” he said. “You’d be better off working at McDonalds than doing this.”

Cass County Assistant Prosecutor Thomas Hubbert noted as well that this was not Followell’s “first rodeo” with the criminal justice system.

“This behavior has to stop,” he said.

Defense attorney Robert Drake said his client has stepped up to plead in this case as well as other burglary related cases in other counties.

“He did give up a substantial right and opportunity when he gave up the right to trial,” he said. “It’s not just convenience, he wants to get these cases behind him and do something different with his life.”

Judge Herman noted that he had not been inclined to accept the two years in prison plea agreement initially but changed his view after seeing that Followell has made efforts in prison to complete programs and make changes in his life.

In another sentencing, a California man was sentenced to prison for assault with intent to commit sexual penetration against a 15-year-old girl.

Braxton Shaleo Velthouse, 27, of Dana Point, California, pleaded guilty to assault with intent to commit sexual penetration and was sentenced to 29 months to 15 years in prison with credit for five days already served. He must register as a sex offender and pay $1,048 in fines and costs.

The incident occurred in June 2017 at a home in the area. He had been drinking and then had sex with a 15-year-old girl at the residence. As Judge Herman noted, the act was not forcible, but was also not consensual because of the victim’s age.

“In looking at these types of situations, particularly when the victim is at such a young age, it’s something she’ll be dealing with for the rest of her life,” Hubbert said. “This is conduct that’s intolerable, there’s not a whole lot else to say about the situation.”

An Edwardsburg woman who was found with more than 100 animals in poor condition at her residence last year was sentenced to probation in Cass County Circuit Court Friday.

Nichola Ann Stasiak, 51, of May Street in Edwardsburg, pleaded guilty to a number of misdemeanor counts for failing to vaccinate animals and failure to license animals and a felony count of animal cruelty and was sentenced to one year probation, a 30 day jail sentence that is suspended until the end of probation and $5,192.38 in restitution to Cass County Animal Control.

Stasiak was ordered to no animals in her possession.

The incident occurred Oct. 8, 2019, when Cass County Animal Control was called to her home. They found dogs, chickens, horses and other animals both inside and outside the home. Animals were found with fleas, worms and in poor condition with some dead chickens also found.

While Stasiak excused the situation by saying she was working 70 hours a week and depended on others to care for the animals, Hubbert called the conditions at the property “unacceptable.”

“What it comes down to is that these were unacceptable conditions with animals suffering and not taken care of,” he said.

“In the court’s mind, when I look at the number of animals and conditions, your excuses don’t seem plausible,” Judge Herman said. “This was horrible and without excuse. You shouldn’t have overburdened yourself with an excessive number of animals. Your house didn’t seem fit for man or beast.”

• Jeremy Keith McKie, 36, of U.S. 31 in Berrien Springs, pleaded guilty to attempted resisting and obstructing police and attempted fleeing and eluding police and was sentenced to one-year probation, credit for six days served, $1,425 in fines and costs. The incident occurred Dec. 20, 2019, in Pokagon Township.

• Kaci Courtney, 30, of Stateline Road in Edwardsburg, pleaded no contest to domestic violence and attempted resisting and obstructing police and was sentenced to six months’ probation, credit for one day served, $925 in fines and costs. The incident occurred July 12 in Edwardsburg.

• Anthony Dean Camp, 37, of Breezy Beach in Niles, pleaded guilty to possession of heroin and possession of marijuana and was sentenced to 18 months’ probation, credit for 78 days served and $2,298 in fines and costs. The incident occurred Sept. 17 in Edwardsburg.

CASSOPOLIS — A weight was lifted off the shoulders of Woodlands Behavioral Health Network employees Thursday evening. During its regularly... read more