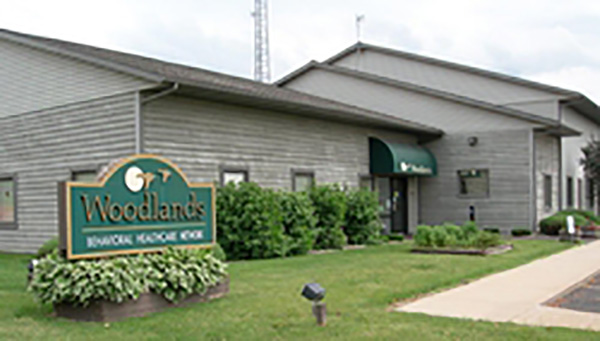 CASSOPOLIS — A weight was lifted off the shoulders of Woodlands Behavioral Health Network employees Thursday evening.

During its regularly scheduled meeting, the Cass County Board of Commissioners voted to rescind a July 2019 resolution that would have dissolved Woodlands’ mental health authority status, which allows it to own property and borrow funds. The entity’s authority, which was granted in 1996, could only be dissolved by a vote of the county board of commissioners.

“I am very glad our board is doing this,” said Commissioner Robert Benjamin of the rescinding of the 2019 resolution. “I think it was valid for us to do it at the time. I’m very happy with the direction of Woodlands.”

At the time of the July 2019 vote, the resolution proved unpopular with many members of the Woodlands staff, who described it as “concerning,” “alarming” and “adversarial,” despite commissioners’ reassurances that the dissolution of authority would not affect staffing, wages, benefits or services.

At the time of the 2019 vote, the resolution dissolving Woodlands’ authority was set to become effective one year following the State Department of Mental Health’s notification of the vote.

However, the resolution never went into effect. Thursday, the commissioners voted to officially rescind the resolution, solidifying Woodlands’ authority status.

Commissioner Terry Ausra, who was one of the commissioners to propose the resolution to rescind, said the decision was made due to steps taken to stabilize management, services and finances.

“It seems that things have moved in a better direction,” said Ausra, who also sits on the Woodlands Board of Directors. “I think the change in leadership brought about most of our change. We wanted to show our appreciation by taking this resolution back and let the Woodlands board keep moving forward.”

Woodlands CEO Tim Smith, who started in his position roughly six months after the July 2019 resolution was passed, said he believed the rescinding of the former resolution would provide ease of mind to his staff.

“It feels good. This was something that, while it occurred before I got here, I know had a profound effect on the staff here,” Smith said. “For the commissioners to consider rescinding that, I was very pleased to see that. I think it will go a long way to relieve some of the anxiety the staff may have been feeling for some time.”

Smith added that the actions taken by commissioners Thursday were a sign that Woodlands has taken positive steps towards restoring public confidence and building strong community relationships.

“Once the resolution is passed, I think there is going be a quick period of taking a deep breath and doing a little healing from the staff perspective,” Smith said. “Beyond that, our path forward is what it always has been — to continue to partner with our community to serve the citizens who need us.”