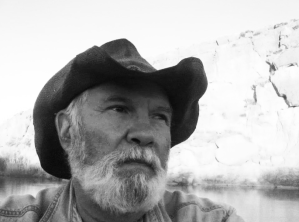 James, better known as Jim, was born in Detroit, on April 4, 1939, to parents Francis and Yvonne (Raymond) Villaire.

After graduating from St. Mary of Redford High School, in Detroit, Jim went on to serve in the U.S. Army, spending much of that time in Germany. Once discharged, Jim returned to the U.S. and joined the U.S. Army Reserves. Jim co-founded Motion Savers, Inc. He was a mechanic, design engineer and a successful salesman. He began a career selling industrial material handling equipment. He remained in this industry until his retirement in 2001.

After retirement, Jim and JoAnn purchased their beloved motor home and spent several months out of the year traveling across North America. They also spent time at their property in Yuma, Arizona.

Jim was the consummate outdoorsman. He spent many weekends camping, canoeing, hunting and scuba diving with friends and family. Jim had a personality bigger than life. He was very charismatic — always looking for the next joke or prank to laugh about. Jim made up nicknames for just about every person he met.

Jim was preceded in death by his parents; and two siblings, Raymond Villaire and Philip Villaire.

Those wishing to make a memorial donation in memory of Jim have been asked to consider The ALS Association Michigan Chapter. Donations can be made at their website: webmi.alsa.org.

Jim’s funeral service will be available for viewing Tuesday evening by visiting the website BrownFuneralHomeNiles.com.