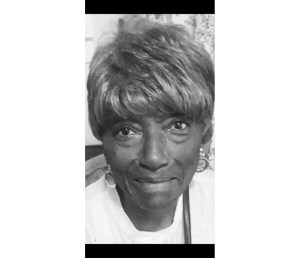 Ethel Dell Johnson, 85, of Cassopolis, went home to be with the Lord peacefully on Saturday morning, Nov. 21, 2020, in the comfort of her family’s presence.

“Sister,” as her family called her, was born April 15, 1935, in Winona, Mississippi, the fourth child and oldest girl of Joseph and Annie (Mattox) Glover Sr.

At an early age, she joined the Summerfield Missionary Baptist Church of Winona where she served as a faithful member.

Sister’s family moved to the Cassopolis area in 1954 in Winona, Mississippi. She was a member of Chain Lake Missionary Baptist Church since 1955 where she served in various roles, including on the Missionary Society, the Usher Board and as a Sunday School teacher.

She married Theopolis “Chat” Johnson May 9, 1964, in Calvin Center, Michigan.

Sister was an avid gardener who canned or froze most of what was raised. She was also an enthusiastic seamstress, a skill handed down from her mother who made most of her clothes, blankets and draperies. Sister worked for Universal Casket Company, in Cassopolis, as a seamstress for more than 27 years. She was family oriented, loved her siblings to death and enjoyed spending her free time with her late mother until she was no longer able to drive.

Sister loved to read her Bible and had great faith in the Lord. She always found a way to find the bright side of every situation. Yes, she was a true Glover, fussing and yelling, but all who knew her, know it was out of love. She was an avid sports fan and enjoyed watching ball games and also game shows. “Wheel of Fortune,” “Jeopardy” and “the Price is Right” were her favorites.

She is also survived by her two best friends, Velma Danzy, of Grand Rapids, and Maggie McNair, of Nashville, who is also her cousin, and they were inseparable as kids. They fought and argued like most cousins do, but Sister would light up when Maggie would call her on the phone.

She was preceded in death by her parents; four brothers, Clarence Glover, Joseph Glover Jr., Alonzo Glover; her twin, Wadell Glover; one sister-in-law, Jean Glover; and one brother-in-law, Stanley McCarter.

Family and friends will gather from 10 a.m. until time of the funeral service at 11 a.m.  Saturday, Dec. 5, 2020, in Chain Lake Missionary Baptist Church, 18653 Chain Lake St., Cassopolis. There will be a wake service at 10:30 a.m. for a time of sharing memories and remembrances. Mrs. Johnson will be laid to rest in Calvin Center Cemetery in Calvin Township, Michigan.

The family wishes to thank family and friends for their prayers and condolences.

Arrangements have been entrusted to Connelly Chapel Wagner Family Funerals, Cassopolis. Please share a memory or a message online:  wagnercares.com.