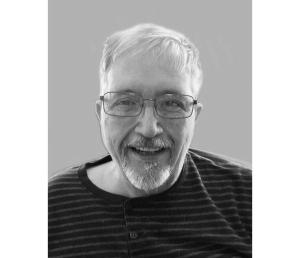 Roger Dale Woods, 73, of Dowagiac, passed away at West Woods of Bridgman on Friday, Nov. 20, 2020, just after midnight. Arrangements have been entrusted to Clark Chapel and Cremation Services.

He was born in Benton Harbor on May 26, 1947, to Lawrence Luster Woods and Emily Rosella (West) Woods.

He is survived by his friend, companion and caregiver for more than 21 years, Marcia Steffens, with whom he lived at Eagle’s Wood Apartments.

He is also survived by his three children, Jennifer Woods, Brian (Melody) Woods and Ginger (James) Niedermeyer; four grandchildren, Randy, Lauren, Izabella and Izaac. His only surviving sibling is Larry Woods, of Horseshoe Bend, Arkansas. He was preceded in death by his brother, William Clay Woods; and two sisters, Juanita Weatherford and Mary Margaret Woods.

He grew up in the Benton Harbor area, moved to Indiana and graduated from Clay High School in 1965. He owned gas stations in Goshen and South Bend and Roseland Cab for many years.

He was always proud that he was born on John Wayne’s birthday and thought his name may have been influenced by Roy Rogers and Dale Evans. He loved Westerns and shows about the military. He learned to fly, scuba dive, was a professional photographer and enjoyed motorcycles, fishing, playing blackjack.

He will be especially missed by Marcia’s daughter, Michelle Beisel, who often helped in his care and her daughter, Alexia.

At this time, only a private service will be hosted. A celebration of life is planned for the spring. Anyone wishing to make a donation, consider the Dowagiac Fire Department or Pride Ambulance, both of which were extremely helpful to the family. Those wishing to leave a condolence online may do so at clarkch.com.