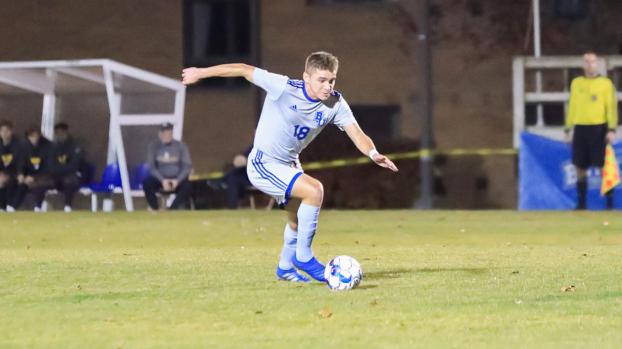 Matheus Santiago kept up his torrid pace this postseason, with his fifth goal of the tournament, while Isaac Nunez provided the game-winner and Tim Noeding gave an insurance goal in the second half.

The Pilots will play for the NCCAA National Championship at 8 p.m. today against No. 2 seed and familiar foe Grace College. The Pilots defeated the Lancers 1-0 in Winona Lake on Sept. 26 of this season.

Inside the box score

The Pilots (11-2-1) gave up their first goal of the tournament and trailed for the first time when Erskine broke thru in the 18th minute.

The Pilots outshot the Flying Fleet 16-8, while Arnaud Fady only needed one save in the game to preserve the victory.