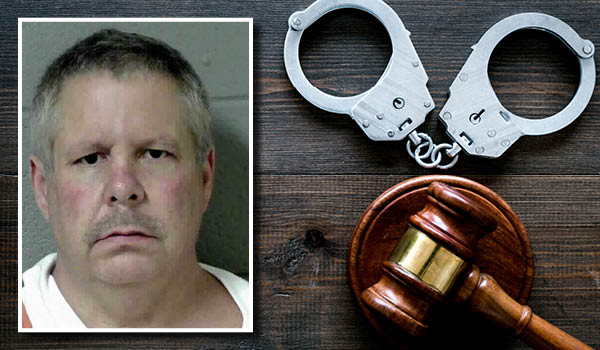 CASSOPOLIS — An area roofing contractor is going to jail after being found with stolen property and violating terms of an earlier probation. He was one of several area residents sentenced Friday in Cass County Circuit Court.

Jeffrey Burks, 57, of Sheldon Street in Dowagiac, pleaded guilty to receiving, concealing or possession of stolen property over $1,000 and less than $20,000 as a habitual offender and was sentenced to 270 days in jail with credit for three days served and $1,198 in fines and costs.

Burks had his probation revoked for violating probation terms from an August 2019 sentence for false pretenses over $1,000 and under $20,000. He was given a concurrent 270-day jail term and has credit for 14 days already served in that case. He must pay the restitution and fines and costs still owed.

He had been working as a roofing contractor in the area before the 2019 conviction. His victims said he failed to do roofing work as promised.

In the current case, he was found to be in possession of a stolen snow plow on Oct. 28, 2019. The snow plow belonging to Ferguson Equipment was recovered so there was no restitution ordered.

“I accept responsibility and apologize for everything that’s happened,” Burks said. “I’m just trying to move on with my life.”

Defense attorney Kurt Richardson asked that Burks be able to serve his sentence on tether due to his health problems and the current COVID-19 pandemic. Cass Circuit Judge Mark Herman declined to do that, noting that the jail has policies and practices in place to keep people safe in jail.

Judge Herman noted that Burks could have been sentenced to a short prison term given his past record. He ordered Burks, who was out on bond, to turn himself into the jail by 2 p.m. Friday.

An Edwardsburg man will spend the next year in jail but will have the chance to keep the charge off his record.

John Anthony Tholen, 54, of Shirley Lane in Edwardsburg, pleaded guilty to possession of methamphetamines and possession of narcotics and was sentenced to two years’ probation, 365 days in jail with credit for two days served, $125 restitution and fines and costs of $2,046. He was also ordered to turn himself in at the jail Friday afternoon.

The incident occurred May 20, 2019, at his home in Edwardsburg. Police were investigating Tholen’s wife about stolen lottery tickets and found the drugs as well as weapons inside the home.

“I was caught up in the wrong thing at the wrong time,” Tholen said. “I ask the court for leniency, I’m not a bad guy.”

Richardson asked for tether rather than jail, but Judge Herman noted that the plea agreement called for jail while giving him the chance to keep the charges off his record. Assistant Prosecutor DeVante McCallom said his office would withdraw from the plea agreement if the jail term was not imposed.

Christine Marie Liggett, 50, of Stateline Road in Edwardsburg, was sentenced to 180 days in jail and had her probation revoked for violating her probation from a March sentence for two counts of resisting and obstructing police. She has credit for 15 days already served. She also was ordered to turn herself in to the jail Friday afternoon.

Probation officials reported that she continued to drink alcohol while on probation and also faces new charges.

“I disagree with the recommendation for jail,” said defense attorney Robert Drake. “I don’t know if a lengthy jail stint is meaningful in any way. I really don’t know what we get out of sending her to jail. I think jail is excessive and unwarranted.”

Judge Herman noted that Liggett had not been cooperative on probation and had been found to be drinking on probation.

A Dowagiac man already in prison was sentenced to a year in jail with credit for time served.

Brian Shelton Ottinger, 40, of California Road in Dowagiac, pleaded guilty to resisting and obstructing police and was sentenced to one year in jail with credit for 496 days already served. He must pay $1,548 in fines and costs.

The incident occurred April 5, 2019, when a car he was riding in was stopped by police in Silver Creek Township near Dowagiac. He fled on foot and was later arrested a mile away at which time he threatened a police officer.

He is currently in prison from a December 2019 sentence in Clinton County for unlawful driving away of an automobile and fleeing police.

His past record in Cass County includes convictions for resisting and obstructing police, home invasion and fleeing police in 2004 as well as resisting police causing injury, malicious destruction of fire or police property and uttering and publishing in 2000.

“You’re kind of hard headed, and you have a temper,” Judge Herman said. “If you learn to cool your temper, you wouldn’t even be in court or prison. Things always turn out worse when you fight and resist police.”