His life began Nov. 25, 1941, in Kalamazoo, the younger of two children born to David and Mary Elizabeth Retherford. He married Charlotte Ann “Charlie” Ludwig on Aug. 3, 1990, in Denver, Colorado. 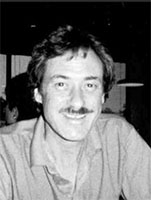 Gary loved his family and was very proud of his children and his grandchildren. He also loved his buddies, Rufus and Ruby, and was certainly greeted eagerly by his best buddy, Clyde, who was likely hoping Gary brought doggie treats.

Gary never met a stranger and made many friends over the years. If you were lucky, he would tell you one of his corny jokes and if he thought it was a good one, you would probably hear it several times over. Gary loved everything about cars and especially drag racing. He spent many wonderful days building and racing cars with his son Jeff and his best friend Norm, even teaching his daughter to drive his car.

Gary loved fishing and hunting in the mountains of Colorado and he spent many weeks over the past several years fishing and enjoying the company of friends at his little “home away from home” on Lily Lake. Gary and Charlie enjoyed working on projects around the house together and he was very skilled with almost all aspects of home improvements.

Gary will be greatly missed by family and friends. He is survived by his wife of 30 years, Charlie Retherford, of Cassopolis; one son, Jeff (Teena) Retherford, of Thornton, Colorado; three daughters, Christine (James) Zubrow, of Wexford, Pennsylvania, Holly (Ritchie) Brooks, of Cassopolis, Danielle Woodard, of Silsbee, Texas; nine grandchildren that he loved very much, Amber (Nate) Lamar, Julia Zubrow, Joey Zubrow, Alex Zubrow, Jonathan Brooks, Texas Brooks, Paul Patch, Tallulah Patch, Epiphany Rodriguez; his first great-grandchild, Landon Lamar, who captured his heart in the past several months; and one sister, Nancy Ossmann, of Fort Myers, Florida. He was preceded in death by his parents and two sons, Daniel Retherford and Jonathan Woodard.

The family prefers contributions in memory of Gary be made to a local animal shelter of the donor’s choice. It would make Gary and Clyde very happy.