Two new commissioners were also welcomed at Monday’s meeting. Larry Money and Patrick Swem were the top two vote-getters in last week’s election in a five-way race for two commission seats. This marks the first time in at least 15 years that a woman is not on the city commission.

Denison said after the meeting that he and Weedon are “both excited for what the future holds and humbled to be asked to serve the community in this capacity.”

“My goals are the same as they have always been: I would like to leave the City of Buchanan better than I found it,” he said. “I am very excited about the abilities of our new city manager and look forward to working with her and the rest of the staff at City Hall.” 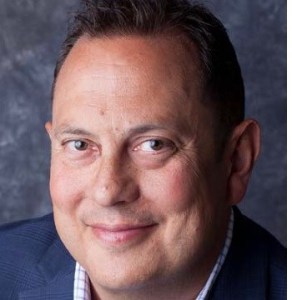 He noted that the city has some large infrastructure projects on the horizon and he has no doubt that the city and its residents will step up to meet that and other challenges. “The people are what make our community such a wonderful place to call home … We have such a diverse community to draw ideas and get input from and we must continue to do so.”

Appointments to the Common Committee and the Fine Arts Council were left open for the time being with Denison suggesting getting citizen volunteers to fill those posts. “I think it would be good to get citizens involved,” he said. “As busy as we are, we can’t sit in on three or four meetings a week.”

City Manager Heather Grace concurred. She noted that the city would be prudent to develop job descriptions for those posts and publicly recruit people with experience in those areas as it considers applying to become a “redevelopment ready community” through the Michigan Economic Development Corporation. The MEDC looks favorably on making appointments in that manner, she said.

Grace and Denison reminded people that they can go to the city’s website to fill out the volunteer forms there if they want to serve.

Commissioners also approved hiring consultant Larry Nielsen to help the city fill the city treasurer and community development director positions. Nielsen conducted the recent city manager search that resulted in the city hiring Grace. He will be paid $25 an hour with a total estimate cost of $4,100.

Grace said they are hoping to have the two positions posted as soon as early next week. The postings would be open for three to four weeks at which time the commission would review the applications and conduct interviews. The community development director position is a new post.

On elections, Pitcher said the election went fairly smoothly although there were a few glitches with the absentee ballot counting board tabulator. She said 1,980 people voted this year as compared to 1,818 in 2016. She said 979 people voted absentee, due to both the pandemic as well as a change in state law allowing no reason absentee voting.

He said city crews have raked, collected, baled vacuumed and hauled away 84 tons of leaves so far. He said having the baler has made them move through the city more quickly as well as make less trips to the landfill or Red Bud Track-n-Trail to unload leaves. Previously, they hauled a half ton of leaves per load. Now they are able to get 2.5 tons of leaves in each load.

“We use less people and one dump truck instead of four,” he said. “We will continue this process until all the leaves are collected or until the weather prevents us from doing so.”

Monday’s meeting was Bill Marx’s last as city manager. He stayed on for a few months to help Grace in the transition.

“I want to thank the commission and the community, I’ve really enjoyed working here,” he said. “I’ve been invested in the community, I’m not disappearing, but I’m taking a side step. I will be available to help when I can.”

NILES — At the Niles City Council meeting on Monday evening, a discussion about benefits to the city proceeded, as... read more