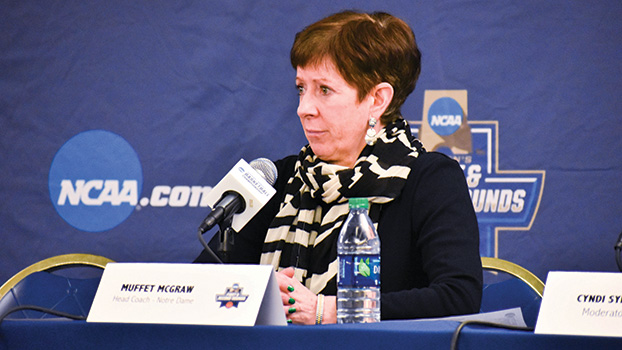 McGraw will make her debut on Wednesday on the network’s ACC Women’s Basketball Tipoff and Operation Basketball programming begins at 5 p.m., and again on Thursday at the same time.

“Muffet McGraw is on the ‘Mount Rushmore’ of women’s college basketball coaches, and we are elated to have her join ACC Network,” said ACCN coordinating producer Aaron Katzman. “Along with her hall of fame pedigree, coach McGraw will bring to our studio shows informed perspective, in-depth analysis and insight that transcends beyond the court.”

McGraw is looking forward to her next challenge.

“I am thrilled to be joining ACC Network,” she said. “As a coach, I loved being part of the ACC and have always believed it is one of the best conferences in the country. I am thankful to be surrounded by a great studio team, including Kelsey Riggs, Kelly Gramlich and Monica McNutt to help me make a smooth transition from coach to analyst.”

SOUTHWEST MICHIGAN — Berrien County has reported one new COVID-19 related death, according to the Michigan Department of Health and... read more