Allyn Bruce “Bugsy” Scherer, 64, formerly of Dowagiac, now of Kimball, Michigan, passed away on Saturday, Nov. 7, 2020, at his residence. Arrangements have been entrusted to Clark Chapel, 405 Center St., Dowagiac.

Bugsy was born on April 5, 1956, in Watervliet, to the late Louis and Angeline (Fello) Scherer. On Sept. 1, 1979, Bugsy married the love of his life, Carol Pavey Wittorp, and they began their long and adventurous life together.

Tractors were a part of Bugsy’s life from the start. Farming with his father and brother until the early ‘80s when he started his tractor repair business, Scherer’s Hideaway Farm Service, which grew into a tractor and implement dealership.

In 1996, a move to Colorado, which became a second home and many more friends. After spending many vacations snow skiing in Colorado and having the mountains out the back door, it was a dream come true. Although, leaving behind his home and family and friends was difficult. 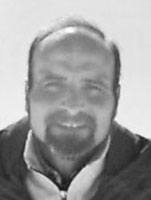 Bugsy began his career as a sales rep for tractor and implement companies. In 2002, he began working for Branson Tractors and that relationship continued until present day. He made many more friends through dealerships and co-workers. His reputation as an honest and “get it done” guy made him a favorite among his dealers.

In 2005, his daughters had settled in southeast Michigan and grandchildren were waiting. So, another move back to Michigan and the best years were to come.

Bugsy never lost his love of motorcycles, which he and his brother raced as young men and continued to ride until very recently. NASCAR was his favorite sport. Bugsy always looked forward to the beginning of the NASCAR season and Dale Earnhardt was his favorite driver. His shop was his man cave and there he enjoyed collecting NASCAR memorabilia. Bugsy was also a Detroit Lions fan and enjoyed watching football on the weekends.

His latest acquisition, the 1971 El Camino, was a longtime dream come true. Unfortunately, he didn’t get to drive it for long.

If you would ask Bugsy, he would say his best accomplishment was his family. He loved spending time at home with all the kids, providing mini bikes, snow toys, a golf cart and plenty room to play. The snow ski trips with the grandkids were always cherished.

Bugsy is survived by his wife, Carol; his daughters, Cara (Mark) DenUyl and Cassandra (Len) Crull; grandchildren, Bryson, Brock and Riley DenUyl and Sydney and Sage Crull; siblings, James (Sandy) Scherer, Joe (Joyce) Scherer, Judy (Sonny) Hendrix and William (Linda) Scherer; many nieces, nephews and cousins, with a special acknowledgement to Johnny (Joyce) Scherer who was so much help during this time. He is preceded in death by a brother, Ronald. Bugsy will be missed by all who loved him.

A celebration of life service will take place on at 10 a.m. on Friday, Nov. 13, 2020, at Sacred Heart of Mary Catholic Church in Dowagiac, with Father Russell Homic officiating. Burial will follow at Keeler Township Cemetery. Visitation with the family will be from 4 to 7 p.m. on Thursday, Nov. 12, 2020, at Clark Chapel. Memorial contributions may be made to the Crohn’s and Colitis Foundation, 25882 Orchard Lake Rd., #102, Farmington Hills, MI 48336 or info@crohnscolitisfoundation.org. Friends wishing to leave the family a message of condolence may do so at clarkch.com.