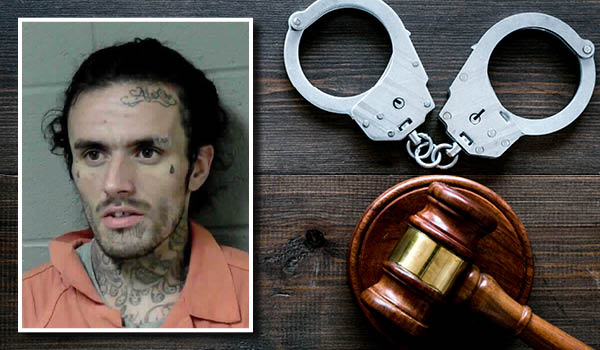 A Dowagiac man was placed on probation for use of methamphetamines. Shane Michael White, 28, of Singer Street in Dowagiac, pleaded guilty to use of meth and was sentenced to 18 months’ probation, credit for 11 days already served and $1,535 in fines and costs.

He must have substance abuse and mental health evaluations and get treatment if needed. He is also subject to random drug screenings. His license was suspended for six months and he can get a restricted license after 30 days.

The incident occurred when White was pulled over for speeding by police on Nov. 30, 2019, on M-60 and Pine Lake Street. He was found to have used meth earlier that day.

“I’m going to be real blunt with you. I was prepared to give you 180 days in jail,” said Cass Circuit Judge Mark Herman. “If you’re arrested for anything else or have a probation violation in this case, you can expect to serve 180 days or more in jail. This is not a joke.”

Judge Herman noted that White was arraigned this week on felony firearms charges.

“You have a substance abuse problem, you need to address it in a hurry or you’re looking at substantial incarceration and possibly in state prison,” he added.

Christy Jean LaPorte, 45, of Hoyt Street in Niles, pleaded guilty to third-offense drunk driving and was sentenced to three years’ probation in the adult treatment court, 30 days in jail, $2,688 in fines and costs and $4,695 in restitution. Her license was revoked. She has served three days in jail and can serve the rest in a probation program.

The incident occurred Nov. 23, 2019, at Barron Lake Road and White Street in Howard Township. LaPorte hit another car and left the scene of the accident. She was later found in Pokagon Township and her blood alcohol level was tested to be .207, more than twice the legal limit.

Defense attorney Robert Drake said the experience has been an eye-opener for LaPorte. LaPorte agreed.

“This last incident was an eye-opener for me,” she said. “This is something I have to nip in the bud, I can’t go back to that lifestyle.”

“If you had not been in the (adult treatment court) program, you would be going to jail today,” Judge Herman said. “I want to reiterate that if there had been a serious injury or death, you would be in a totally different situation and potentially be going to prison.”

Erika Marie Long, 45, of South Bend, pleaded guilty to larceny in a building and was sentenced to 18 months’ probation, credit for one day served and $2,148 in fines and costs. Restitution will be determined at a later date.

The incident occurred Aug. 21, 2019, when she and others were hired to haul items away from a home in the Niles area. The homeowner noticed the next day that a safe containing jewelry and coins was missing. Long admitted to breaking open the safe and taking some jewelry, which she sold.

“I want the court to know that I’m very sorry for what I did,” Long said. “It’s something I live with every day. I’m very ashamed of myself.”

CASSOPOLIS — While Cass County may have finished counting ballots early Wednesday morning, the 2020 general election was a topic... read more