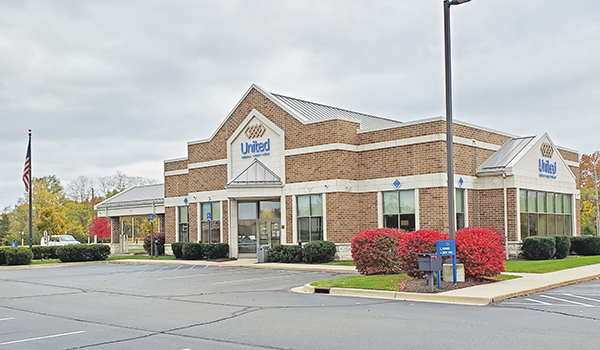 SOUTHWEST MICHIGAN — Edgewater Bank has been an institution of southwest Michigan since 1910. With five locations spread across the region, one might say it is the definition of a local bank in the area. On Oct. 27, the bank announced with United Federal Credit Union, of St. Joseph, the two local financial institutions will be joining together under United in spring 2021.

According to Edgewater’s President and Chief Executive Officer Rick Dyer, he believes the acquisition of Edgewater by United is a good move, not just for the institutions, but for the community.

“I am really comfortable that we are going to retain our ‘local’ aspect,” Dyer said. “We have been around for 110 years, but United Credit Union has been around in this community for 70. We know them. We know how they do business. They have been a friendly competitor of ours. We believe a lot in the way they do good customer service.”

Dyer said the acquisition by another local financial institution means that the decisions will be made in the local region, as well.

“Our two organizations are 100 percent committed to local decision making, local investment and local involvement. We both want to fortify that real local focus. Together, we can do more for the financial well-being of everyone that calls southwest Michigan home.”

Currently, Edgewater Bank has five locations including one in Royalton Township, Coloma, Buchanan, Bridgman and its main office in St. Joseph. All locations will continue in spring 2021 as United Federal Credit Union, except for the Buchanan location.

“Our Buchanan office is one door down from United’s Buchanan office,” Dyer said. “It will be folded into the United office. Otherwise, we’ll stay in all of the communities.”

Dyer said the move would be beneficial to Edgewater’s customers in more way than one.

“The biggest advantages are technology and resources,” he said. “In today’s world, in the ever changing and increasing need for technology, it became difficult for a smaller organization to keep up with the demand and desire for technology.”

According to Dyer, United is known for its technology, and so Edgewater and its customers will “leap frog ahead” when the two institutions converge.

Dyer will keep a leadership role as well. He will go from his current position as president and CEO of Edgewater Bank, to maintaining leadership and decision making as community president within United Federal Credit Union.

Dyer addressed the acquisition of a bank by a credit union, and noted it is not a usual situation.

“It’s relatively rare,” Dyer said. “Our focus, as we looked at this, was ‘what is in the best interest of our community, in our customers and for our employees?’ We put the whole charter issue very low on the list.”

Dyer said many of his banking peers would never partner with a credit union. If they partnered with a larger and out of the area bank, he would not be able to retain as many employees.

“All the decisions would go somewhere else,” Dyer said. “This was best for the group that we were focused in with.”

CASSOPOLIS — The woman who was an accessory after the fact in last year’s bomb threat into the Cass County... read more