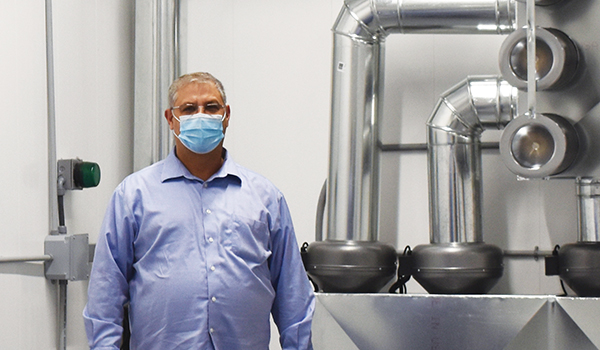 NILES — The Niles City Council voted Monday evening in a 5 to 2 vote to green light two local marijuana businesses to move forward in their planning for designated consumption centers, putting Niles at the forefront of the cannabis consumption culture in the state of Michigan.

According to Michigan License and Regulatory Affairs Marijuana Regulatory Agency, a designated consumption establishment allows a business with the license, with approval by the local government, to operate a commercial space licensed to permit adults 21 years old and over to consume marijuana  and marijuana product on the property. The license does not permit for sales or distribution, however, unless the business is also granted a retail license for marijuana. Niles currently has an ordinance in place, limiting provisioning centers to four within city limits.

With just two city council members voting “no,” including council members Georgia Boggs and Dan VandenHeede, and Gretchen Bertschy absent from council, five votes carried the motion for The ReLeaf Center and Native Michigan Remedies to begin working on their next steps in planning and building out their designated consumption centers for adult-use marijuana.

Council member John DiCostanzo said he was excited to have both businesses apply for their designated consumption center approvals.

“I think they will be great additions to our city,” DiCostanzo said.

VandenHeede, one of the two council members to vote “no” on the designated consumption centers, said he would rather Niles not be a “guinea pig” for new marijuana businesses like these. He also raised concerns of being a “border community” with Indiana, and the repercussions those purchasing product and using it in Michigan could face as they cross back over the state line.

A new marijuana business, Craft Hydroponics, was also approved by the council in a unanimous vote for approval of the issuance of their provisional medical marijuana facility license for a class C medical marijuana grow operation.

“We’ve made it through our state inspections the first time around. We’ve built a wonderful medical facility and hope to be under operations by the end of this week,” Haas said. “We’d like for our next phase to get started, which is part of the consumption lounge. We’d like to be a fully integrated company, from seed to consumption.”

While the city of Niles has a cap of four provisioning centers within city limits, Haas and Native Michigan Remedies Chief Executive Officer Brian Crespo both hope to one day be able to be a full operation within their more than 30,000 square foot facility.

The facility has already undergone a more than $1 million renovation to build grow areas, with lighting and air scrubbers.

For the designated consumption center within the Native Michigan Remedies complex, Crespo and Haas both have another vision, including creating 32 to 40 part-time and full-time jobs for the consumption lounge alone.

The two hope to transform the 4,500-foot space for the lounge to include a non-alcoholic bar, a main stage for entertainment, a mezzanine with private lounges and several semi-private lounge areas throughout the facility. The two are working with the local tourism industry to find ways to market the lounge to their target customers through the area and envision it being a space for people to come for gatherings with friends to play video games, enjoy sports games and even host professional events.

Crespo said he hoped the facility could give a place to enjoy cannabis products without worrying about the odors from the products impacting people’s neighbors.

No cannabis product can be sold within the designated consumption centers, but the kitchen’s menu will complement certain products, similar to the way that wine pairs with certain foods.

“We will work with the city and state to make sure we are doing everything that is right for the community,” Crespo said.

Haas agreed and emphasized his hope to make Native Michigan Remedies a destination.

“This is my ultimate dream, to make a world destination that puts southwest Michigan on the map,” Haas said.

Haas and Crespo said the lounge will be built with COVID-19 precautions in mind, and will be adjusted as concerns shift.

The second business approved to move forward with plans to build a designated consumption center was The ReLeaf Center. Chief Compliance Officer Randy Barr attended the city council meeting Monday evening and gave an update on the other portions of the expanding business.

“I hope all of you have visited our provisioning center, as well as our Class C growing facility,” Barr said. “We are about to open our processing facility, hopefully in the next month and a half to two months.”

Barr said the processing facility will be adding around 36 employees when it begins operations, and in addition to 73 existing individuals employed by operations. As The ReLeaf Center moves forward with the designated consumption area, Barr said there are plans to hire between 20 and 30 individuals to work in the new space.

“We anticipate roughly 4,000 square feet, in which we have a large bar and lounge area,” Barr said. “We would like to start an entertainment sort of venue on the premises where we would have bands and weekly comedy shows.”

According to Barr, The ReLeaf Center is currently working with the city of Niles to find a suitable area to purchase land and build a new facility for the designated consumption center.

The vision includes a smoking and non-smoking area for individuals to enjoy marijuana products the way they prefer.

Barr said the food they plan on serving will likely start with appetizers and move towards a bar food menu. The facility will also include a pool hall with pool tables, ping pong tables and arcade games, with entertainment two to three times a week.

Barr said that the owner at The ReLeaf Center is eager to move forward with the next phase and to continue working with the city officials to ensure it is the best fit for the center and for Niles.

Eric Dudeck, owner of Craft Hydroponics, is excited the Niles City Council approved his business for its Class C medical marijuana grow operation license. A Class C license allows for up to 2,000 plants.

“We’ve been working for more than year now to get a license in Illinois or Michigan,” Dudeck said. “We are very excited to find the city of Niles.”

According to the city council report, prepared by Niles Community Development Director Sanya Vitale, Craft Hydroponics is working on leasing a space at the Simplicity Complex. The company’s owners plan to invest between $1 to $1.5 million in capital needs and will pay their employees a living wage of $15-plus per hour. Once Craft Hydroponics is ready to hire, the report showed the company plans to hire at least 10 employees in their first year.