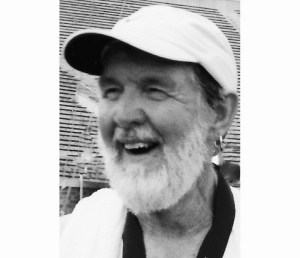 Robert F. Conway, 77, husband, father, grandfather, great grandfather, veteran, runner and car guy died peacefully at 11 a.m. on Sunday, Oct. 18, 2020, with family gathered around at his home, in Niles, following a brief illness. His family is grateful for the kind and compassionate care offered by the hospice staff.

He was born on Christmas day of 1942, in Mishawaka, to Harry P. and Kathleen M. (Weasner) Conway.

He left high school early to enlist in the U.S. Navy, where he served as a shipfitter on the USS Tortuga dock landing ship, touring Western Pacific ports including Korea, Vietnam and the Marshall Islands. He completed his GED in the Navy and was honorably discharged as a veteran of peacetime service.

After returning to Mishawaka, he used his shipfitting skills to join the Ironworkers Union Local #292. Later, he was employed by Ever Fresh Transportation of Grand Rapids, driving produce across the country for 32 years. In “retirement,” he continued to drive, but changed to a school bus, transporting Blossomland students for First Student, Inc. Nearly every mile of his career, both in the 18-wheeler and the bus, he was accompanied by his wife, Jennifer.

Bob and Jen owned and showed their Fang Performance 2006 Mustang GT, winning more than 30 awards. They also enjoyed attending NASCAR races at the Michigan International Speedway, at the Bristol (Tennessee) Motor Speedway, and the Charlotte (North Carolina) Motor Speedway and had been a fan of the late Dale Earnhardt Sr.; and his son, Dale Earnhardt Jr. Upon retirement from Ever Fresh, the company gave Bob and Jen the NASCAR Ride Along experience where they were each driven around the track in a race car at challenging speeds.

On July 1, 1979, in Niles, he married the former Jennifer L. Howe, with whom he celebrated earlier this year the 43rd anniversary of their wedding.

The memorial service for Robert F. Conway will be at 2 p.m. on Sunday, Oct. 25, 2020, at the Halbritter-Wickens Funeral Home, 615 E. Main St., in Niles, with Pastor Markus Hill of the Assembly of God officiating. The service will conclude in the parking lot for Full Military Honors by the U.S. Navy Honor Guard and American Legion Post #51. Those who prefer to witness the ceremony via the livestreamed broadcast may do so on the Halbritter-Wickens Facebook page: facebook.com/halbritterwickensfuneralservices.

Contributions in memory of Bob may be made to the Humane Society of Southwestern Michigan Yeager Family Pet Shelter, 5400 Niles R., St. Joseph, MI, 49085, humanesocietyswm.org. Online condolences may be left at: halbritterwickens.com.

Bob’s life seemed to be always in motion, whether onboard a ship, driving a truck or bus, running in a marathon or even in a race car, but he also spent time standing, at the target range, next to his Mustang at a show or in the stands at the track. More importantly, he was always with people for whom he cared and loved, especially Jennifer who sat with him at home last Saturday to watch Notre Dame win one more game.