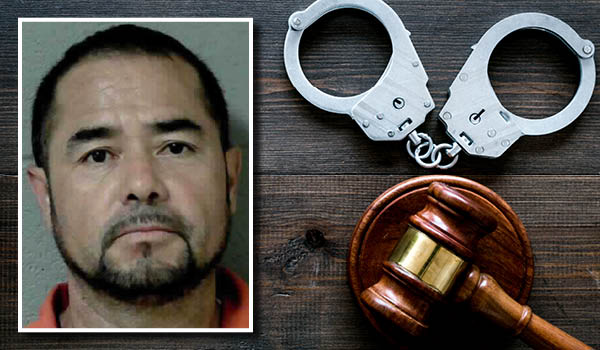 CASSOPOLIS — A Cassopolis area man in the country illegally will spend the next year in jail after being convicted of and sentenced on drug and cockfighting charges in Cass County Circuit Court.

The incident occurred April 18, 2019, when police searched his residence to find evidence of cockfighting and also found drugs, drug paraphernalia and weapons. He may not possess any species of animals involved in these offenses for five years. They found 170 live birds and 25 dead birds as well as cats and dogs.

A request for $6,680.17 in restitution for law enforcement overtime pay as well as for the care of the animals removed from the property will be the subject of a restitution hearing at a later date.

Assistant Prosecutor Thomas Hubbert said he had concerns about the number of animals found at the home as well as the presence of drugs and weapons.

“There may be a cultural difference, but this is a major concern for the community when this type of operation is combined with guns and drugs found on the property,” he said.

Cass Circuit Judge Mark Herman noted that while the sentencing guidelines called for a prison sentence of two and a half to four years, he would accept the plea agreement reached between the prosecution and defense for a year in jail due to the defendant’s lack of a prior record. He also said he took Anguiano’s immigration status into consideration.

In another sentencing, Dowagiac man already using the services of the adult treatment court thanked the court personnel for giving him the chance to turn his life around.

Dennis Michael Corey, 64, of Center Street in Dowagiac, pleaded guilty to possession of cocaine less than 25 grams as a habitual offender and was sentenced to three years’ probation in the adult treatment court, credit for 26 days already served and $2,628 in fines and costs.

The incident occurred May 14 when police conducted a search of a home on Hamilton Street in Dowagiac and found Corey and others in possession of drugs and crack pipes.

“You admitted you have been addicted to crack cocaine for five years,” Judge Herman said. “There was an agreement for you to go into adult treatment court. You are nearly 65 years old, and instead of enjoying your retirement, you’re spending your golden years in court.”

“I hope you can turn them back into golden years. It’s about time for you to stop using drugs,” he added. “Besides, there are better things to spend your social security money on than court costs. I think this program is a good fit for you.”

“I want to say how much I appreciate people giving me a chance to get my life back,” Corey said. “I just appreciate all you people so much.”

Defense attorney Robert Drake said that Corey has told him that this is the best he has felt in decades.

“I’m really excited to see him get this opportunity,” he said. “I see a difference in his demeanor and outlook on life. For him, to be able to re-engage in life in this healthy way, I hope he doesn’t let up on the gas and slip back into the dark place he was in.”

In other cases, area men were sentenced on assault and drug charges.

August Lee-Sandker Adams, 25, of Calvin Hill Street in Cassopolis, pleaded guilty to use of meth and operating while impaired by drugs and was sentenced to one year probation, credit for 40 days already served, $2,025 in fines, costs and restitution and 360 hours of community service.

The incident occurred July 12 when police stopped him on U.S. 12 in Porter Township.

Hubbert told Adams that now is the time for him to stop using drugs.

“This is behavior that could justify jail but I think he would benefit from a term of probation,” he said.

“You’re 25 years old and you’re lucky you’re not facing a felony sentence,” Judge Herman said. “If you continue your involvement with meth, you won’t get this opportunity in the future. If you don’t get yourself changed, you will lose your job and meth will destroy your life.”

Jeremiah Matthew Sherman, 43, of Wood Street in Vandalia, pleaded guilty to second offense domestic violence and was sentenced to 12 months’ probation, credit for 49 days already served and $1,475 in fines and costs.

The incident occurred July 13 at a residence in Vandalia.

“This is the second time you’ve been in court for assaulting your wife. I hope you take this seriously,” Judge Herman said. “A third conviction can take you up another notch and could destroy your home life. At 43, you’re old enough to know that if I see you back in court, you need to bring your toothbrush. You will spend time in jail, and it could be upwards of a year.”

BERRIEN COUNTY — Despite reports of positive COVID-19 cases in area schools over the past few weeks, the numbers have... read more