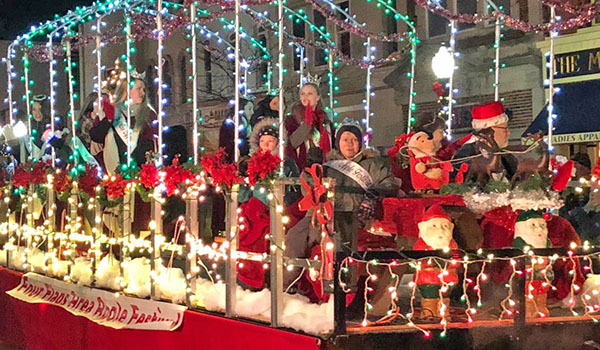 DOWAGIAC — The Dowagiac Candlelight Christmas Parade, which has ushered in the holiday season for the past 38 years, will take place, despite the pandemic.

Greater Dowagiac Chamber of Commerce officials said the Dec. 4 parade will be modified to protect the safety of the public, parade units and volunteers, as the event shifts to a reverse format.

This year, parade units will be staged and parked within Southwestern Michigan College’s Cherry Grove parking lot. Spectators will drive through the parking lot to view the holiday units from the safety of their own vehicles.

“The Chamber of Commerce Parade Committee is thrilled to continue our community’s Christmas tradition,” said Kris Soenen of Who Knew? Consignment. “We are excited to rise to the challenge of presenting a parade during a pandemic. We hope the community will enjoy what we are planning.”

After having to cancel all community events this year due to the pandemic, Hess suggested the chamber consider a reverse parade, which four other communities in Michigan have successfully orchestrated.

“I have two small children of my own and they have missed so much this summer due to the pandemic,” Hess said. “The idea of canceling another event was heartbreaking. When the idea of having a reverse parade came to me, we started to do some research and found that it had been successfully done.”

“Once the decision was made, Ascension Borgess-Lee Hospital and Tom Starks, owner of Clark Chapel / Starks Family Funeral Homes, immediately jumped on board to help underwrite the 39th annual event,” Phillipson said. “We were delighted when hospital officials indicated they had been waiting for the call and hoped we would be able to continue this wonderful tradition.”

Previous participants of the parade will receive their applications within the next few days.

DOWAGIAC — The city of Dowagiac reached an agreement with the Police Officers Labor Council regarding new contracts for officers.... read more