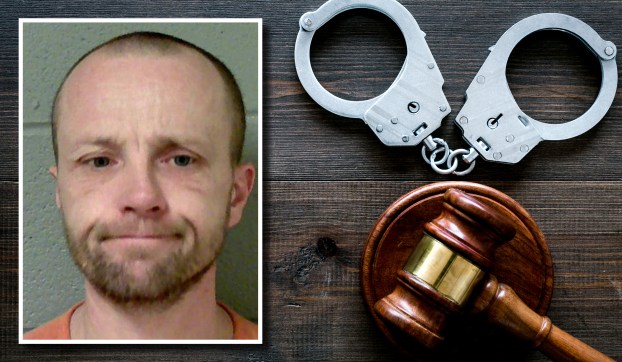 CASSOPOLIS — Two area men are going to prison after violating terms of their probations. Those sentencings were among those done Friday in Cass County Circuit Court. Proceedings were once again done virtually due to the COVID-19 pandemic restrictions.

In the current case, he pleaded guilty to resisting and obstructing police and use of methamphetamines and was sentenced to concurrent terms of 78 days in jail with credit for 78 days served. He must pay $1,848 in fines and costs and his license is suspended for one year.

That incident took place July 23 in the city of Dowagiac when police were called to a suspicious situation. File fled from police and then was found to have meth on him when he was caught.

He was also given credit for time served of 376 days in jail on two probation violation cases. Those cases are from 2018 and 2019 for larceny from a motor vehicle convictions.

In the final probation violation case, File was sentenced to concurrent prison terms of 46 months to 40 years for breaking and entering a building with intent to commit larceny as a habitual offender and three to 15 years in prison for unlawful driving away of an automobile as a habitual offender. He has credit for 280 days already served.

Cass County Circuit Judge Mark Herman noted that File was on probation in three cases when the latest incident occurred. He had received probation services but was unsuccessful in the adult treatment court program, absconded from the program and began using drugs again.

“You’re not ready to be serious about getting help,” Judge Herman said. “You would think that at 43 years of age you would want to grow up and not think like a punk kid. Until you want to want to make changes for yourself, we can’t do anything.”

“If you don’t make changes, you will die an old man and maybe in prison,” he added. “You have to address your addiction or there will be more incarceration. You know the reality.”

File admitted that he has been an alcohol and drug addict his whole life and chose that lifestyle. “I have had moments of sobriety and success,” he said. “I ask you to have mercy on me. I don’t do these things when I’m sober.”

Defense attorney Greg Feldman said in his assessment File is scared of success.

“My honest assessment is that he got close to doing well then he was not doing well,” he said. “Maybe he’s scared of success. This time he used meth and he ran from police. Prison is not the best place for an addict to go but he’s locked himself into this situation.”

Christopher Ray Sachjen, 37, of unknown address, pleaded guilty to violating his probation from a 2019 conviction for unlawful driving away of an automobile as a habitual offender and was sentenced to three years to seven and a half years in prison. He has credit for 415 days already served.

Judge Herman noted that he warned Sachjen last December that he faced prison if he violated his probation.

“You failed repeatedly to report to probation, you lost your job because of absenteeism and went back to using meth in March,” he said.

“You said you wanted help, but you didn’t go to programs,” he added. “You absconded and you admitted to damaging property. Your probation officer thinks you pose a public safety concern and I have to agree with her assessment.”

Defense attorney Robert Drake noted that Sachjen was doing well before the COVID pandemic and that “the wheels came off” when he lost his job and had no structure to fall back on. Sachjen asked for mercy and said he needed and wanted help.

In other sentencings, an Edwardsburg young man looks to be going back to prison and then coming back to Cass County to serve a jail term.

Dylan Joseph Barnett, 20, of West Metcalf Court in Edwardsburg, was sentenced for two 2019 incidents and also faces a parole violation from a 2017 case.

Barnett pleaded guilty to receiving and concealing a stolen motor vehicle and assault with intent to do great bodily harm less than murder and was sentenced to two concurrent terms of 11 months in jail. He has credit for almost a year spent in jail. He must pay $1,896 in fines and costs.

He was sentenced in April 2017 to a prison term of 23 months on escape, larceny, stolen property and unlawful driving away of an automobile charges. He was paroled in January 2018. It is expected that he will have to serve more time in prison for violating his parole and then come back to Cass County to serve the jail sentence.

“This has been the hardest year of my life,” Barnett said. “I’ve been dealing with the choices I’ve made and forgiving those who have done things to me. I will not let this define who I am, I have taken time to better myself with getting my education and changing my thinking patterns.”

He said he plans to move to Oregon with his parents, go to college and pursue a career.

Judge Herman noted that Barnett absconded from parole, was in possession of stolen property and assaulted his girlfriend.

“This is now your seventh felony as an adult plus four you had as a juvenile. Your life to this point has been a train wreck,” he said.

“I have a letter from you about how deeply sorry you are and your plans to change your life,” he added. “You want to go to Oregon. You feel like Michigan is a negative environment, but you can find trouble anywhere if you go looking for it. … It’s the choices you make and you’ve made the wrong choices the last several years.”

CASSOPOLIS – When Cass County jury trials start up again Oct. 20 after a seven-month shutdown due to the COVID-19... read more