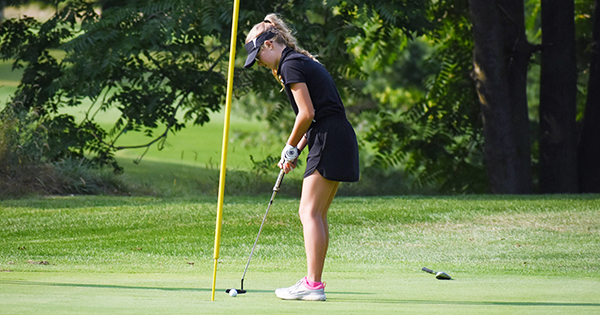 RICHLAND — The Wolverine Conference wrapped up its golf season with its annual tournament at Stonehedge Golf Course on Wednesday.

Sturgis ran away with the team title as the Trojans shot 384. Three Rivers was the runner-up with a 404, while Plainwell was third with a 415 and Allegan fourth with a 416.

Edwardsburg finished sixth with a 416 and Dowagiac eighth with a 472.

Ranae Jaeger, of Plainwell, was the medalist as she shot an 80. Carli Sanford of Sturgis was the runner-up with an 82. Dowagiac’s Calley Ruff earned All-Wolverine Conference honors by finishing fourth with a 96. Edwardsburg was led by Chloe Baker, who finished 12th after shooting 103.

No other Edwardsburg scores or complete results are currently available as teams were playing in their respective regional tournaments on Thursday.

A complete wrap-up will be available at leaderpub.com as soon as the results become available.