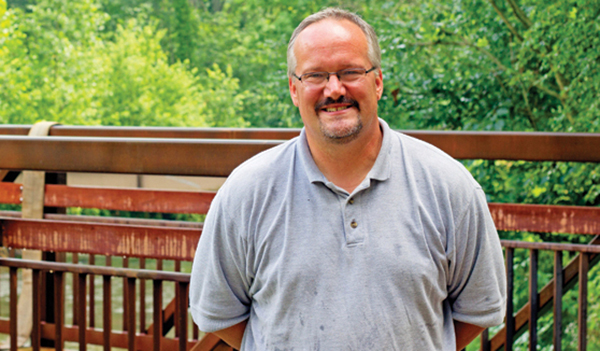 “We want to enhance the experience at our parks,” he said. “We really want to give these parks the facelift they deserve.”

Now, he wants to bring the public’s input into that vision.

The Cass County Parks and Recreation Department is currently working to update its parks and recreation plan and its Dr. T.K. Lawless International Dark Sky master plan. Both documents will provide a five-year framework for decisions regarding establishing, developing, and maintaining recreational programs and facilities. As part of the planning process, Cass County Parks and Recreation Department is gathering public input through an online survey.

“The next five years are as important as we have ever had,” Wyman said. “We are building on the momentum of Dark Skies, and we have so many wonderful possibilities and plans.”

Already, Wyman said parks staff had identified potential projects to include in the plans, such as increased camping facilities, a lookout point at Lawless Park, a potential observatory, a nature center and increased water access. However, he said the public’s input would heavily advise the plans, which will make it possible for the department to seek grant funding.

“This is not about me or my board,” he said. “This is about the community’s input because these are ultimately their parks. The more input we can get, the better off we will be.”

Wyman said he hopes the public will participate in the survey and support the parks, especially as the COVID-19 pandemic has proved the importance of county parks. He said during the height of the pandemic, the parks were busier than ever due to residents looking to get out of the house while most entertainment venues were closed.

“[The pandemic] reinforced the value of the parks,” he said. “Everyone is always supportive of the parks in that they think they are nice to have, but during this pandemic, they were essential, not only for physical health but mental health too. Hopefully, that value will stick with people.”

Cass County residents can take the survey online by visiting surveymonkey.com/r/CassCountyParks, or they can pick up a paper copy of the survey at the Cass County Administrator’s Office, 120 N. Broadway, Suite 200, Cassopolis. The office is open from 8 a.m. to 5 p.m. Monday through Friday.

For questions regarding the survey, residents can contact Marcy Hamilton with the Southwest Michigan Planning Commission at (269) 925-1137 ext. 1525 or at hamiltonm@swmpc.org.

The SWMPC is assisting Cass County with the development of the plan.

One man injured in crash on Redfield

NILES — A Niles man was injured when he swerved to miss a deer early Saturday morning, according to the... read more