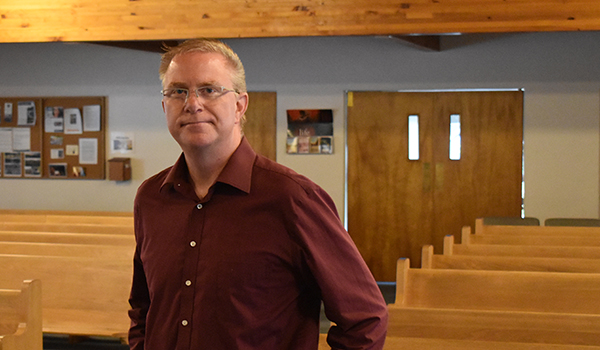 NILES TOWNSHIP — About 30 sets of firefighter turnout gear, coats and pants will be traveling from the Niles Township Fire Department to the northern mountains of the Philippines for a renewed life in fighting fires.

Tom Maxwell, of Buchanan, a volunteer firefighter on the department, identified a need in the Filipino province he has served as a missionary in the past. When the question of what to do with gear the department can no longer use came up, he knew there were people that could use it.

“The more protection the firefighter has, the more he’s able to face elements he wouldn’t be able to otherwise,” Maxwell said. “[The station is] getting rid of this stuff, and I said, ‘hey what about if you get it to me, I can get it to someone who can use it.’”

His fellow firefighters agreed, and it was taken to the Niles Charter Township board meeting Sept. 21. The board members quickly voted to allow the gear to be removed from the department and donated.

Maxwell said the coats and pants are “several decades” old, and not up to current National Fire Protection Association standards.

Maxwell, in addition to being a volunteer firefighter and chaplain for the Niles Township Fire Department, is also a pastor for the College Park Missionary Church in Mishawaka. His path to the fire department began when he worked at Cook Nuclear Plant in radiation protection.

“At one point, the fire brigade asked people in radiation protection to cross train with them,” Maxwell said. “I cross-trained with them and have had an EMT license since the early ‘90s.”

Maxwell and his family began missionary work in the northern province of the Philippines, and he lent his EMT background to efforts following the 2013 typhoon that hit the island nation. He teamed up with other parts of his mission organization to provide first aid and disaster response training.

“I was sent around to different places and trained missionaries in some basic disaster response, so they would know enough to help without getting hurt,” he said.

During the Maxwell family’s first visit to the Philippines, he stopped and visited a firehouse in the area.

“I asked [the firefighters] to show me their equipment and show me their station,” Maxwell said. “They had one [fire] engine, which didn’t run. No gear. No air packs. I contacted my friends that were on the [Cook Nuclear Plant] fire brigade.”
Many of his fire brigade friends also volunteered with area fire departments. He asked them to ask around if there was any old gear the stations would not be using, and if he could have it sent to him.

“They sent three boxes worth of gear,” Maxwell said. “It was a huge blessing to the firefighters there. They did not have anything.”

Upon returning the U.S., Maxwell went to school at Bethel University and graduated in 2017. He became lead pastor of College Park Missionary Church in February 2018.

Through that time, when he was not working full-time at Cook Nuclear Plant any longer, he joined the Niles Township Fire Department. During the first week of October, Maxwell will celebrate his official fifth year with the department.

The department was advertising its Firefighter 1 and 2 training, and Maxwell stopped to ask about it, thinking it would be helpful in his missions and disaster response training.

Maxwell wears a firefighter pager, and if he’s onsite or in town when “the tones drop,” he arrives as a first responder.

The gear is still in Niles, as Maxwell looks to get the money together to ship the gear.

SOUTHWEST MICHIGAN — COVID-19 cases continue to rise in the state of Michigan, according to the Michigan Department of Health... read more