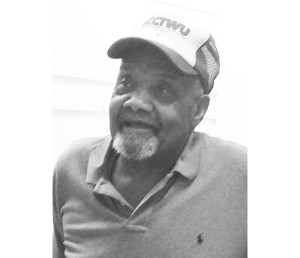 He was born Aug. 15, 1948, in Attala County, Mississippi, the second child of the late Wardelia Thomas and John Garland.

He became a member of Mt. Moriah Missionary Baptist Church at an early age and was educated in the Holmes County Public School System. As an adult, Charles enlisted in the U.S. Army where he served honorably. He always worked various jobs and traveled to provide for his family. Once he retired, his favorite pastime became talking on the phone, watching the weather while playing on his tablet.

Charles was united in holy matrimony to Ethel Tucker. To this union two children were born, Burnell O’Neal and Edward Tyrone Thomas. Later, he and Flora Day had three additional children, Charles, Latonya, and Latoya Day.

When his health failed in 2016, he moved to Cassopolis, where he lived with his sister, Geraldine Gatson, who cared for him until he transitioned from this earth.

The graveside homegoing celebration will be at 11 a.m. Saturday, Oct. 3, 2020, in Falls Cemetery in Pickens, Mississippi, where Mr. Thomas will be accorded full Military Honors.

Please share a memory or a message online: wagnercares.com

What it meant to lose you, no one will ever know.

Charles’ season here on earth is over, he is climbing the stairs in heaven now.