Chieftains have a lot of work to do 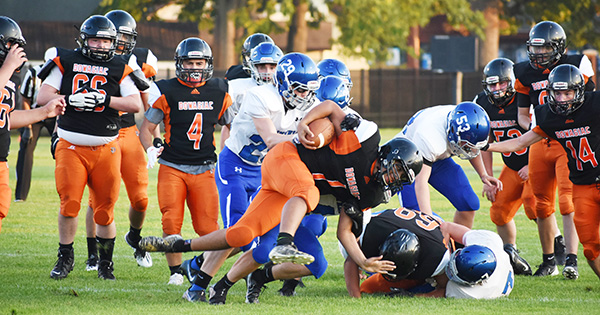 DOWAGIAC — Just when it looked like the Dowagiac varsity football team was making strides, visiting Plainwell reeled off 30 unanswered points in the second half on its way to a 44-14 Wolverine Conference victory last Friday night.

Second-year Dowagiac coach Randy Brooks liked what he was seeing out of his squad in the first quarter and a half, but a key turnover changed the game’s entire momentum, just as it had in the season-opening loss to Paw Paw.

Dowagiac took the opening kickoff and marched down the field to score when Malakai Haines found the end zone from six yards out. Nate Judd added the extra point and the Chieftains led 7-6.

Plainwell would answer, with a 36-yard run by quarterback Jackson Vlietstra, but failed on the extra point, leaving the Chieftains still ahead, 7-6. That would be the last time Dowagiac would lead in the contest.

A second touchdown run in the opening quarter, followed by a successful 2-point conversion, gave the Trojans a 14-7 lead. Dowagiac would answer before halftime to tie the game at 14-14, but things would never be the same after that.

Zane McPhail scored on a 4-yard quarterback keeper and Judd tacked on the extra point to send the two teams into halftime deadlocked.

It was all Plainwell in the second half. The Trojans scored twice in the third quarter and twice more in the final 12 minutes to turn the game into a route.

Plainwell finished with 316 yards of total offense to 232 by the Chieftains. Neither team completed a pass.

At times the defense played better for the Chieftains than it did in the opener, but there is a lot of work still to do on that side of the ball as well.

“I saw some glimmers,” Brooks said. “We made a lot of good plays, but their counter was a huge play for them and we worked on that all week.”

Plainwell used the onside or “pooch” kick the entire game. The Trojans were able to recover one in the third quarter after it had just scored, which they turned into eight more points and a 30-14 lead heading into the final quarter.

Brooks and his staff are going to have to work through some growing pains with their inexperienced squad.

“We have a lot of first-year football players out there,” he said. “I think we will just keep getting a little better. We just need to play. We are not super deep, but we will be alright.”

Defensively, the Chieftains were led by Brandon Byrd with five-and-a-half tackles, while Deny White and David Collier both finished with five stops. Jordan Hardin had four tackles.

The Chieftains (0-2) are back home Friday night at Chris Taylor-Alumni Field to entertain Wolverine Conference foe Otsego. Kickoff is set for 7 p.m. 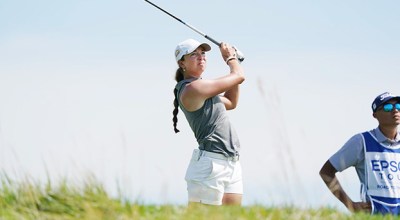