Harland D. Haines I, of Vandalia 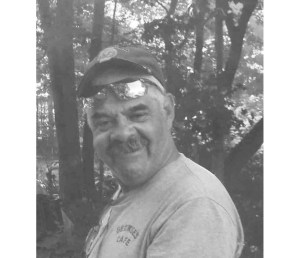 His life began July 28, 1956, in Niles, the youngest of nine children born to Guylor and Ruth Haines of Vandalia.

Harland served honorably in the U.S. Army. He was a member of First Baptist Church of Vandalia. Harland could be trying, but his family loved him. He was very active with his family, especially his grandchildren and was present at all their sporting events and other activities. Harland was passionate about hunting and fishing and riding his Honda Gold Wing. He enjoyed his landscaping job and tinkering with lawn mowers and other small engines. Harland had a great sense of humor and wanted others to enjoy themselves. Anyone who ever encountered him left with a smile on their face and a story to be told.

In addition to his wife, he was preceded in death by his parents; two sisters, Gloria Lane, Alma Robinson; three brothers, Guylor Haines, John Haines and Eugene Haines.

Family and friends will gather at for a service at 1 p.m. Saturday, Sept. 26, 2020, on the grounds of First Baptist Church, 17747 South St. in Vandalia, with the Reverend Michael Anderson officiating. Full Military Honors will be accorded Mr. Haines at 2:30 p.m. Saturday by active members of the U.S. Army and the Honor Guard of the Lt. William E. Lozier VFW Post 10704 of Cassopolis.

The family prefers contributions in memory of Harland be made to Wagner Family Funerals, 202 North Broadway St., Cassopolis, MI 49031 to help defray expenses.

Khalil I. Davis, of Dowagiac