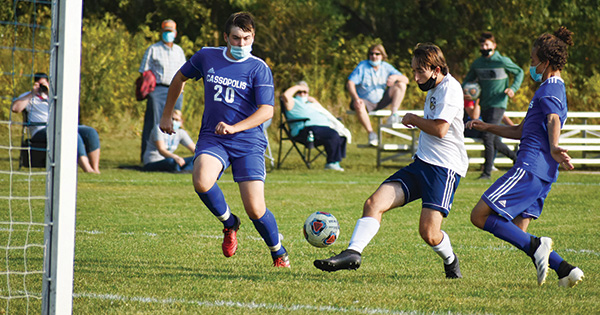 The Vikings scored four goals in each half, including two each by Dominic Thornton and Cade Vota. Vota and Thornton each had an assist in the match as well.

Also scoring goals for the Vikings were Kyle Brucker, David Ntisful, Casey Marlin and Alejandro Rios. Those for also assisted on goals.

“The Vikings came out with intensity and scored a couple of quick goals,” said Niles coach Abel Fonseca. “We moved the ball around and had opportunities that we didn’t finish on.”

With a comfortable advantage heading into the second 40 minutes of play, Fonseca wanted his team to keep working.

“The second half we wanted to come out to work on keep our composure and posses the ball and try moving up the field as a unit,” he said. “We did what we planned, so it created the opportunities we wanted to get goals.”

The Vikings will host Edwardsburg in a non-league match starting at 11:30 a.m. on Saturday.