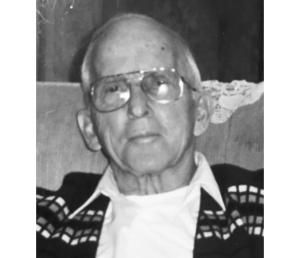 Kind, loving, witty and generous are all words many used to describe Norman (Mike) Keith Connell, 95, who passed away peacefully on Sept. 14, 2020, at his home in Niles.

He was surrounded by his loving family. He will be greatly missed by family and friends who were influenced by his life.

He attended Riley High School, in South Bend, and growing up enjoyed traveling, classic cars and going to church.

On Dec. 28, 1947, he married the love of his life, Paula R. Martin, and they had two daughters, Sherry A. English and Debra K. Swaim. Mike always knew he wanted daughters and would frequently say he had the best three girls in the world, referring to his wife and daughters.

Mike spent most of his adult life a simple man who loved his family, his boots, his Cadillacs and his tapioca pudding; however, he especially enjoyed waking up at 5 a.m. to make French toast for his grandchildren and great-grandchildren that would stay the night.

Friends will fondly remember Mike as the man who would suit up in a snowsuit, take his snowblower down the street, and clear off the driveways of all those who couldn’t so they could easily leave during the day. He’d then leave a loaf of freshly baked bread at each of their doors, so they would have something to eat that was made with love.

Mike was very proud of his family and their accomplishments. He was a hard worker and worked for numerous companies including Studebaker until retiring from Tony Jansen and Sons. He will best be remembered for his jolly “hello!” whenever anyone walked in the door.

A special thanks to Caring Circle of Lakeland especially Ashley and Brittney who took such great care of Mike. Also to granddaughter, Melissa, who tirelessly employed 25 years of nursing skills and immense love/compassion for her grandpa to grant Mike’s final wish of never leaving home in his final days. She always promised she would take care of those who took care of her.

By his wishes, cremation has taken place.

Due to the current, unprecedented guidelines limiting public gatherings because of the COVID-19 virus, a public celebration of life service will take place at Brown Funeral Home at later date.

Memories of Mike may be left for his family at BrownFuneralHomeNiles.com.